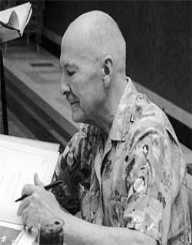 Robert A. Heinlein was born in July 7, 1907. He was an author. He is known as Dean of Science Fiction Writers. He published thirty two novels, fifty nine short stories and sixteen collections.

Robert A. Heinlein was born on July 7, 1907, in Butler in Missouri. He was born to Re Ivar Heinlein and Bam Lyle Heinlein. He grew up in Kansas City. He developed a love for astronomy when he was young. He attended Central High School. In 1925, he joined the Naval Academy located in Annapolis in Maryland. In 1929, he graduated from the academy with a B. S Degree in Naval Engineering.

After graduating from the academy, he became an officer in the Navy. In 1931, Heinlein started working under radio communications in the new aircraft carrier USS Lexington. In 1933, he became an onboard USS Roper as a lieutenant. In 1934, he was relieved from his duties as he was suffering from pulmonary tuberculosis. He later attended classes in physics and mathematics at the University of California, Los Angeles. He later stopped classes and ventured into politics. He was a supporter of the Upton Sinclair’s End Poverty Movement. In 1938, he sought a seat in the California State Assembly, but he failed.

Heinlein later dropped politics as well. He took up writing as his third career. In 1939, he published his first story ‘Life Line.’ Later the same year he published ‘Misfit.’ He later studied aeronautical engineering in order to get a post at the Philadelphia Naval Shipyard, Pennsylvania. In 1947, he published his stories ‘The Green Hills of Earth’ in the Saturday Evening Post magazine. In the late 1940s and the 1950s, he published the books ‘Farmer in the Sky’, ‘Red Planet’ and ‘Starman Jones’ among others. In 1950, he co-wrote the script of the film ‘Destination Moon.’ In 1952, he and his wife penned the article ‘A House to Make Life Easy’.

In 1953, he went on a voyage with his wife and penned the book ‘Tramp Royale’ which was about his travels. In 1958, Heinlein formed the Patrick Henry League. In 1959, he published the novel ‘Starship Troopers.’ In 1961, he released the book ‘Stranger in a Strange Land’ which brought him the status of personal guru. In 1966, he published the book ‘The Moon is a Harsh Mistress’.

In 1972, he published the book ‘Time Enough for Love.’ In 1976 and 1977, he served at Guest of Honour at the World Science Fiction Convention. In 1978, he went on another voyage with his wife where he suffered ill health and underwent surgery in order to make right his health. In 1983, Heinlein penned the novel ‘Job: A Comedy of Justice’ after his voyage to Antarctica. He was a member of the Citizens Advisory Council on National Space Policy. In the 1980s, he participated in the space movement.

In 1929, Robert A. Heinlein married his first wife, Elinor Curry. In 1930, the couple separated. In 1932, he married Leslyn MacDonald with whom he traveled with so much. In 1947, the couple applied for divorce. In 1948, he married Virginia Gerstenfeld with whom he remained with until his death. He passed away on May 8, 1988, in his sleep. He died at the age of eighty. His remains were cremated and his ashes scattered in the Pacific.