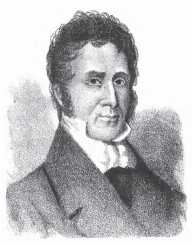 Over two hundred years ago, there lived a man called Ethan Allen. He was an incredible farmer, ardent politician, author, soldier, and the frontiersman.

Allen is mostly remembered as the leading foreman of a group called Green Mountain Boys. The team planned a successful mission in 1775; where they seized the British Fort Ticonderoga in NY. Before his demise, Allen tasted penal institution several times. In full support of his country, he tried to capture Montreal to no avail. Ethan’s childhood and life achievements have been encompassed with leadership skills since inception.

The firstborn of Mary Baker Allen and Joseph Allen came into the world on 21st Jan 1738. His motherland was Litchfield in Connecticut but later moved to live in Cornwall. Ethan Allen spent most of his childhood living with his family. He was admitted in Yale College, a position that was halted after his father’s death. In 1755 Ethan took his father’s place as a breadwinner. With high IQ, he became an expert in pig ironing and general industrial metals.

At 19 years of age, Ethan moved to New Hampshire Grant and became a landowner. He came to form a dedicated group due to gradual land grabbing scenes. He couldn’t agree that his land wasn’t his. It was here where a dispute erupted between New Hampshire and the Green Mountain Boys. With loads of anger, the group evacuated Scottish people in Rupert. NY’s Governor issued a warrant of arrest starting the team’s leader, Allen.

In 1774 and 1775, Ethan Allen wrote a brief order to own a certain land near the Connecticut River. He did the distribution and giving work for a year.

Not only did he manage to seize different lands but also formed a closed friendship with Arnold. From there henceforth there was nothing to fear. Myriads of lands were captured including Fort Ticonderoga, St. John and Fort Crown Point. Following a successful mission, a vast and hard task was ahead of them. The group planned on seizing the Montreal in 1775 without success. It was here that the team leaders were sent to detention for two years.

Ethan Allen relocated to Vermont after his release. With his apt skills in land grabbing, he took this responsibility as a local judge. Political affairs started to set in, and he craved for his town’s independence. He fought to the end and became the principal founder of the Republic of Vermont. In due course, he was named as the acting Major General as well as Colonel in Continental Law.

In 1762 Ethan Allen got married to Mary Brownson. The duo had four girls and a boy. After Mary’s demise, he married Frances Buchanan; they had three children. It was early in Feb that Ethan traveled to a nearby town in Vermont. Sadly sudden apoplectic fit triggered his clumsiness, and he died on Feb, 12th 1789.

In 1929 two biographies were penned about his life and achievements by Charles and John Pell. In his honor, different Navy ships were named under his name.