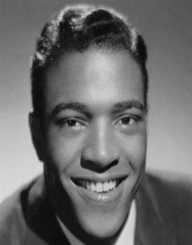 Clyde Lensley McPhatter was an American rhythm and blues singer regarded as one of the dramatic vocalists of his era. Born on November 15, 1932, his emotional style of singing influenced soul music. McPhatter who was one of the most imitated singers of the 1950s and 1960s also played an instrumental role in the shaping of rhythm and blues and doo-wop. During his teenage, he formed the gospel group Mount Lebanon Singers, where he was the lead tenor.

He later joined the Billy Ward and his Dominoes as a lead tenor before forming the Drifters. McPhatter pursued a solo career at the latter part of his career. His career was marred by alcoholism and depression, and at the time of his death, he was "broke and despondent over a mismanaged career that made him a legend but hardly a success.” McPhatter became the first musician to be inducted into the Rock and Roll Hall of Fame twice.

Clyde Lensley McPhatter was born on November 15, 1932, in Hayti, Durham in North Carolina to Rev. George McPhatter and his wife, Beulah. His year of birth has been disputed; with some sources quoting 1933 while others cite 1934. He had six siblings. McPhatter was a child prodigy and started singing at a very young age.

At the young age of five, he was singing at his father’s church choir alongside his siblings. The family moved to Teaneck, New Jersey in 1945. While there, McPhatter attended Chelsie High School and worked as a part-time grocery store clerk. After graduating from school, he was promoted to shift manager.

The McPhatter family later moved to New York City, where Clyde formed the gospel band, the Mount Lebanon Singers. In 1950, he contested and won the Amateur Night at Harlem’s Apollo Theatre contest.

Clyde McPhatter joined the famous R&B group Billy Ward, and his Dominoes and the group became even more popular due to his high pitch tenor. He was part of the group’s recording of “Sixty Minutes Man” for Federal Records. Other recordings with the group include Do Something to Me, Have Mercy Baby and The Bells. During his time with Dominoes, he was known as "Clyde Ward, Billy's little brother."

He was however not happy with the $100 weekly wage he earned from the group, and this created some dispute between him and Billy Ward. In an interview with journalist Marcia Vance in 1971, he stated, "Whenever I'd get back on the block where everybody heard my records—half the time I couldn't afford a Coca-Cola." McPhatter left the group on May 7, 1953.

After leaving Dominoes, Atlantic Records decided to sign Clyde McPhatterr provided he formed a group. This resulted in the formation of the Drifters. They recorded the song “Lucille.” The initial members could not meet the expectation of Atlantic, hence; McPhatter was asked to form another group. With new members, Drifters recorded hit songs like White Christmas, Whatcha Gonna Do, Money Honey, Honey Love, and Such a Night. Atlantic Records changed the group’s name to "The Drifters featuring Clyde McPhatter."

Clyde McPhatter left the Drifters to pursue a solo career after his military service in 1955. His debut single solo “Love Has Joined Us Together” with Ruth Brown was a huge hit. He released several other hit R&B recordings including Treasure of Love, Just to Hold My Hand, Seven Days and Rock and Cry. His biggest solo hit was A Lover’s Question, which peaked at No. 6 in 1958. Treasure of Love, 1956, became his first No. 1 hit on the R&B charts, charted one week on the UK Singles Chart and sold over 2 million copies in the United States. RIAA awarded it a gold disc.

He later left Atlantic Records and signed with MGM Record. He released songs like Think Me a Kiss, and I Told Myself a Lie. Achieving less success with MGM, he left and recorded singles like "Lover Please," "I Never Knew" with other labels. McPhatter career started declining in the 1960s, and his fans dropped as different musical style took over the music scene. This was a difficult period for McPhatter, and therefore he resorted to alcohol. He periodically released records but was unsuccessful.

With fans dwindling in the US, Clyde McPhatter moved to England in 1968 where he still had some loyal followings. During his stay he performed with the UK back, acting as backup. Two years later, he returned to the US to relaunch his career. He made some appearances in rock-and-roll revival tours.

He died in his sleep on June 13, 1972, at age 39, from complications of liver, heart and kidney diseases resulting from his high alcohol intake. McPhatter died poor despite having a successful music career. He was interred at George Washington Memorial Park in Paramus, New Jersey.