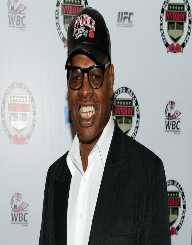 Leon Spinks is a former American professional boxer who defeated Muhammad Ali in 1978 to become the world’s heavyweight champion. Before upsetting Ali, in 1976, he had won the light-heavyweight gold medal. Taking down Ali became one of the memorable upsets in boxing history. However, after a rematch was organized months later, he lost. Spinks retired from his boxing career in 1955. His late retirement was attributed to the fact that he had financial problems he needed to solve.

Leon Spinks was born on July 11th, in 1953. His birthplace was in St. Louis, Missouri in the United States. At the time of his birth, he was very weak. He had yellow jaundice which also affected his birth weight. He was less than four pounds. This meant that he was in a critical condition at birth. Miraculously, he survived.

While Spinks was still young, he continued to suffer from low blood pressure. Aside from his health condition, his dangerous neighborhood also posed a huge threat to his survival. St. Louis was heavily infested with gang members and that they often wanted to harm Spinks and his younger brother called Michael. Growing up in the St. Louis suburbs meant that life was difficult for the entire family. To make things worse, their father left them under the care of their mother, Kay. Spinks’s mother had a burden to raise seven children.

Academically, Spinks was not gifted. He only managed to school until he reached 10th grade after which he abandoned schooling. Shortly after this, he decided to join the Marine Corps. Unfortunately, Spinks did not work quite well with the strict regulations that were imposed in the military. He often entered into fights with his commanders.

Sooner or later, Leon Spinks adopted the disciplined way of life that the military required. This had a positive impact on his career as it did not take long before joining the All-Marine boxing team. His proficiency in the world of boxing proved to many that he was destined to fight. By 1976, Spinks had gained recognition as one of the best amateur boxers in the world. In three years, he had recorded up to 33 knockouts which was amazing.

In 1974, Spinks had competed in the World Games hosted in Cuba. He was a bronze medal winner at the competitions under the light-heavyweight boxing category. Things improved with time as he bagged home a silver medal at the Pan-American Games which were held a year later. His first gold medal came in 1976 when was competing at the Summer Olympics hosted in Montreal, Canada.

Leon Spinks went professional on January 15th, 1977. He made his first professional appearance in boxing competitions which were held in Las Vegas, Nevada. In his fight with Bob Smith, he defeated him in just five rounds by knocking him out. After this successful fight, he went on to fight Peter Freeman in Liverpool, England where he also won by beating Freeman in a single round. Again Spinks won this by a knockout. After several wins in the ring, he got the chance to take punches from his boxing icon, Muhammad Ali.

On February 15th, 1978, Spinks made history by defeating one of the world’s greatest boxer, Mohammad Ali. This was a major upset in the boxing history. Spinks’s achievement was that he had won his first ever world’s heavyweight title after fighting eight times since he entered his professional boxing career. In September the same year, Spinks and Ali fought again in a rematch. This time round Spinks lost the match.

A decade later, Leon Spinks had retired from boxing. He went on to work as a greeter. Sadly, with the financial problems that he was going through he returned to the ring three years later in 1991. His performance had gone down as compared to the time when he took down Ali. In 1995, he made up his mind to retire from boxing. Up to this time, he had achieved a record of 26 wins and lost 17 times.

Leon Spinks got married three times. First, he tied the knot with Nova Spinks before marrying Betty in 1988. Both marriages did not last long as the couple ended up separating after a short while. In 2011, he married Brenda. Spinks had three sons, and unfortunately, one was shot dead in a crime infested neighborhood while paying a visit to his girlfriend.