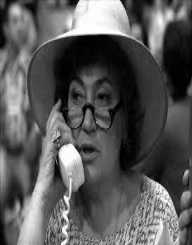 Famously known as the Battling Bella, Bella Abzug was a lawyer and social activist from America. She was a fighter for women’s rights who believed in peaceful means to resolving disputes and despised acts of war.

Bella Savitsky Abzug is well-known for her organized campaigns for the removal of nuclear weapons and the Women Strike for Peace in 1961. She also served as a politician in the House of Representatives in America from 1971 to 1977.

Bella Savitsky Abzug was born on July 24, 1920, in New York City. Her star sign was Leo. She was the daughter of immigrants from Russia – her father owned a butcher’s shop, and her mother was a housewife.

Bella Savitsky Abzug was highly competitive in her youth and even competed with boys in different events.

Bella Savitsky Abzug lost her father at an early age of 13. Being the only child of her parents, she offered Kaddish, against the Orthodox traditions of the Jewish society – only a male child could perform such a ritual. This was the start of her life as a rebel against the popular norms of the society.

Bella Savitsky Abzug was inclined towards the study of law from an early age. Due to her competitive spirit, she help positions such as the class president throughout her school life. She graduated from the Walton high school, in New York.

Bella Savitsky Abzug actively took part in debates and public speaking competitions. She completed her graduation from the Hunter College University of New York, and then was awarded a law degree from Columbia University in the year 1947.

After graduating from the Columbia University in 1947, Bella applied for and got admitted into the New York bar Council in the same year. She joined the firm of Pressman and Crammer and practiced cases related to labor law.

One of her first cases that had a profound impact on shaping her career was that of a black man named Willie McGee who was given capital punishment on charges of raping a white woman.

The jury gave their verdict in less than three minutes, and Abzug lost the case due to racial notions even though there was no evidence against McGee. She also received a lot of death threats from white people due to taking up the case.

In 1960, Bella Savitsky Abzug was instrumental in organizing antinuclear and peace movements. See was also involved in the Women strike for the peace movement in 1961.

In the 1970s, Bella Savitsky Abzug decided to enter politics. She won a seat in the House of Representatives and continued on the position for six consecutive years. She was opposed to the Vietnam War and introduced a bill to withdraw forces from Vietnam. However, her efforts failed.

Bella Savitsky Abzug was an activist for women’s rights and is also known for introducing the first gay rights bill in 1975 in Congress.

Bella Savitsky Abzug was extremely outspoken on the matters concerning the civil rights and championed the case of women and gay people.

Although Bella Savitsky Abzug was popular with the public, Bella Abzug lost another election in 1986.

By 1994, Bella Savitsky Abzug was suffering from breast cancer, and the disease had developed into the late stages. She, however, continued her activism and traveled to far countries like China in 1995 to take part in the world conference on women.

Bella Savitsky Abzug married Martin Abzug in 1944. They remained married until 1986 when Martin died. They had two children - daughters named Eve and Liz.

Bella Abzug lost her life to a complicated heart condition on 31st of March 1998.