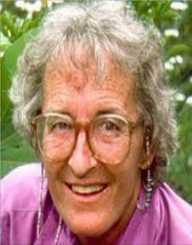 The founder of the revolutionary Kübler-Ross model, Elisabeth Kübler-Ross was a renowned psychiatrist whose pioneering work on the psychological progression of a terminally ill patient, added a new dimension to the field of psychiatry.

Elisabeth first put forth her theory in her book On Death and Dying, published in 1969. Elisabeth researched in Thanatology before beginning her pioneering work in near-death studies and near-death experience (NDE), which consequently made her a towering figure in the field of psychology.

Born on July 8, 1926, in Zurich, Elisabeth Kübler-Ross was keen on pursuing medicine from an early age. But her father was against her wish. With the outbreak of World War II, a teenage Elisabeth started volunteering for relief work at hospitals in Zurich. Post-war, she continued to offer charitable services to affected communities.

A visit to Majdanek concentration camp near Lublin had a profound influence upon her. The carvings on the walls, especially images of butterflies, by thousands of unfortunate innocents just before they met their miserable end, had an everlasting impression upon her which provided fodder to her subsequent research work.

In 1951, Elisabeth Kübler-Ross enrolled into University of Zurich to pursue her dreams of becoming a doctor. After graduating, a newly-wed Elisabeth moved to New York to further her studies.

After a brief stint at the University of Colorado, Elisabeth Kübler-Ross moved to Chicago in 1965 and took up the position of an instructor at the famous Pritzker School of Medicine. She underwent training in psychoanalysis and psychiatry.

Elisabeth liked mingling with terminally ill patients and interviewing them, which led to several well-publicized seminars. The lack of attention from other doctors toward them irked her. The entire medical culture surrounding the treatment of dying patients aggrieved her.

Her extensive research on death and ample experience with dying patients helped her develop the Five Stages of Grief model. The five stages include denial, anger, bargaining, depression, and acceptance in chronological order. However, Elisabeth later explained that the stages were not meant to be in a linear progression.

The model was first introduced in the book On Death and Dying, released in 1969. She also described her research on near-death experiences in the book. In 1977, Elisabeth established Shanti Nilaya in California, which was meant for hospice care.

Elisabeth Kübler-Ross was against euthanasia and later in her life developed an interest in the occult. Elisabeth wrote over 20 books on similar subjects in her lifetime. She also opened the Elisabeth Kübler-Ross Center and conducted various workshops on AIDS patients, but faced criticism and obstacles when she planned to open a hospice for the HIV+ patients.

In 1958, Elisabeth Kübler-Ross married her colleague Emanuel Ross. She had a boy named Kenneth and a daughter named Barbara. She suffered two miscarriages also. The couple divorced in 1979. After suffering multiple strokes in 1995,

Elisabeth was consigned to a wheelchair. Being partially paralyzed, Elisabeth endured a torrid time for the next nine years as she succumbed to a life of a terminally ill patient, just like the ones on whom she spent researching her whole life.

She even revealed in an interview that she is patiently waiting for death. On August 24, 2004, she passed away at a hospice in Arizona, where she spent her last days. With a huge list of honorary degrees under her belt, Elisabeth was posthumously inducted into the National Women’s Hall of Fame in 2007.