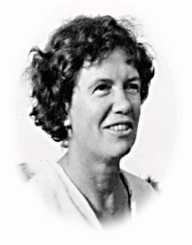 Margaret Mead was an American cultural anthropologist famous for her studies, report, and publications on human sexuality. Margaret Mead was also a feminist and religious woman with interest in human behavior right from her childhood in the early 1990s. She also featured as an author and mass media speaker in the 1960s and 1970s.

Margaret Mead, the eldest of her parents’ five children, was born on 16th December 1901 in Pennsylvania, Philadelphia in the United States to Edward Sherwood Mead, an economist, and a feminist political activist, and Emily (Fogg) Mead, a sociologist who also studied Italian immigrants.
Early in her life, her grandmother, who was a child psychologist, taught her how to watch the younger children’s behavior and to establish the reason behind each of their actions.

Because of her family’s frequent movements from place to place, most of Margaret Mead's early education was conducted at home and was directed by her grandmother. It wasn’t until she reached 11 years that she was enrolled at Buckingham Friends School in Pennsylvania.

Margaret Mead joined DePauw University in 1919 where she studied for one year before she transferred to Barnard College where she did her undergraduate studies until she graduated in 1923. At this college, she met Franz Boas with whom she studied further at Colombia University where she got her master’s degree in 1924 before receiving her anthropology Ph.D. in 1929 in the same institution.

Margaret Mead, having been well educated and with a clear understanding in the field of research, is famous for her studies as well as publications on cultural anthropology. In 1926, Mead was appointed assistant ethnology curator at American Museum of Natural History. She served as assistant curator, associate curator, curator of ethnology and curator emeritus between 1926 and 1978.  Here, she published Coming of Age in Samoa, which became a best seller, in 1928.

Margaret Mead had gone to Samoa in 1925 to study the life of adolescent girls where she found out that young Samoan teenagers did not experience the kind of tension that their counterparts in America and Europe suffered from and also went on and studied the reasons behind it. This research was, however, criticized by another anthropologist Derek Freeman after her death saying, in his book, that she never well understood the Samoan culture.

Margaret Mead went to New Guinea in 1928 on yet another expedition, where she studied the thoughts of young children after which she published Growing up in New Guinea in 1930. Other publications done by Mead include The Changing Culture of an Indian Tribe in 1932, Male and Female (1949), Sex and Temperament in Three Primitive Societies (1935), Growth and Culture (1951) among others.

Apart from her research and publication work, Margaret Mead was also a professor and lecturer at The New School and Colombia University between 1954 and 1978. She also chaired the social sciences division at Fordham University, Lincoln Center Campus between 1968 and 1970.
During the Second World War, Mead was the executive secretary of Natural Research Council’s Committee on Food Habits. She was also The Redbook Magazine’s columnist.

Margaret Mead was elected and joined the American Academy of Arts and Sciences in 1948. Later in 1970, she received the Kalinga Prize for the Popularization of Science Award from UNESCO.

In 1923, Margaret Mead got married to, an American theology student, Luther Cressman, who later became an anthropologist before they got divorced in 1928. The same year, she married an anthropologist of New Zealand origin, again, but their marriage ended in 1935.

Just one year later, Margaret married Gregory Bateson, a British anthropologist with whom she, sometimes, collaborated in field research. It was with Bateson that she gave birth to a daughter whom they named Mary Catherine Bateson. Unfortunately, they too divorced in 1950.

Margaret Mead also shared special moments with one of her instructors Dr. Ruth Benedict but she, in her lifetime, never openly declared herself as either a lesbian or bisexual. She also spent her last days, from 1955 till her death, with Rhoda Metraux, another female anthropologist.
The letters exchanged between the two were later published in the year 2006, and they were firmly romantic.