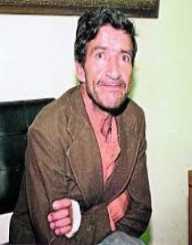 Pedro Alonzo Lopez is a Colombian born serial killer who was convicted of 110 murders but believed to have killed over 300 children in the Andes Mountains region.

Pedro Alonzo Lopez was born in Tolima, Colombia on October 8, 1948. He is a son of a former prostitute mother and the seventh child of the eleven siblings. He grew up tormented by the prostitution environment their mother exposed them to. At the age of 8, Lopez had started experimenting with sexual fantasies. He was caught fondling his younger sister’s bust. His mother threw him out of the house.

He went to the crime-infested streets during a time of civil turmoil in the country. Lopez became a street beggar in the town. He accompanied a man who offered to help him at his house. Instead of going to his house, the stranger led Lopez to an abandoned house. He repeatedly sodomized him and left. Lopez went back to the streets and scavenged to livelihood.

Lopez ran away from Tolima to the capital Bogota. He found an American couple who took him in. He enrolled at a nearby orphanage school at the age of 9. He stayed in school until the age of 12. He became a victim of sexual molesting by a male teacher. Lopez dropped out of school. He returned back to the streets.

He continued begging on the streets and gradually started surviving on petty crimes. As he grew older, Lopez graduated to a hardcore criminal. He hijacked automobiles and sold them to car shops. The shop owners dismantled the cars into bits to be sold as spare parts. The police arrested him at the age of 18. Lopez was tried and jailed. He was repeatedly raped by four prisoners in his initiation to prison life. He vowed to get his revenge.

Lopez planned and got his revenge against the men. He killed three of the men. He received a lesser sentence of two years. He jury profiled his crime as a natural reflex of self-defense. He vented his pent up anger to pornography. Lopez nurtured his anger deep in his heart with a view to revenge. He revisited his life from his prostitution exposure, his experience on the streets and school, to the gang rape in prison. He left prison in 1978.

Lopez crossed the border to Peru. He slowly began luring young girls to their deaths. Suspecting his behavior, a group of young natives caught him. They tortured in the traditional way, by burying him in the sand to the neck. They unearthed and sent him to Ecuador. He continued with his killing spree in the villages of Ecuador. When the number of disappearing girls increased, the authorities blamed the child kidnappers and slave traders.

In the torrential rains of April 1980, the floods exposed a shallow grave with four bodies. The Ecuadorian police blamed the findings to a marauding serial killer. Lopez fell into the police dragnet after failing to kidnap a young girl. He tried to lure a young girl to wander with him. The girl resisted and raised her mother. When the mother intervened, the police arrested him. Lopez became the serial killing suspect but refused to cooperate with the authorities. The investigators planted a local priest dressed as a prisoner in his cell. After an exchange of views, Lopez confessed to the fellow cellmate of his crimes.

The investigators confronted him with the testimony of his cellmate. Lopez confessed in detail about his crimes. He narrated how he killed young children in three countries, Colombia, Peru, and Ecuador. He told the police how he lured young girls from the streets with appealing gifts. He took the unsuspecting girls to a secluded location in the evening. He reassured the girls of their safety during the night. Lopez raped and killed them in the early hours of daybreak. He narrated how he enjoyed seeing the eyes of his victims deem away as they died.

He dumped the bodies in previously dug graves. He occasionally played games and held passionate conversations with the dead girls. When the dead refused to respond, Lopez left and came with other new friends. He continued with the cycle until he was caught.

The investigators declined to admit the confession. They demanded the suspect to prove his story. Lopez agreed and took them to the locations. The coroners found 53 bodies in different locations. Lopez became the Monster of the Andes. Colombia, Peru, and Ecuador share a common border along the Andes Mountains. Lopez received a 25 years sentence for raping and killing 110 young girls in Ecuador in July 1981.

On August 31, 1994, Lopez was paroled for good behavior and deported to Colombia. In Colombia, the police arrested him for the killing of over 100 children. Lopez escaped jail after being declared insane to stand trial. He was lodged into a mental hospital and was released in February 1998. He went back to Tolima and visited his grandmother. Lopez disappeared without a trace from the authorities. The police are still searching for him in the hope he did not return to his old murderous ways.