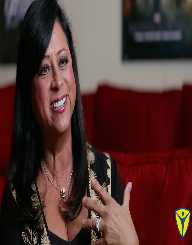 Barbara De Angelis was born on March 4th, 1951. She is famous for being an American consultant. Apart from this profession, she is a talented author, lecturer, growth adviser, television personality and a spiritual leader.

Barbara De Angelis was born on March 4th, in 1951. Her place of birth was in Philadelphia, Pennsylvania. She attended Sierra University in Los Angeles where she obtained her psychology masters degree. Later she enrolled at Columbia Pacific University for her further studies and attained her Ph.D. from the institution.

Throughout her writing career, Barbara De Angelis has released 14 books that are classified as best selling. Some of these books are How to Make Love All the Time, Are You The One for Me, Secrets About Men Every Woman Should Know, Real Moments and several others. In 1994, she was honored with an award for having the best infomercial of that year. This infomercial was titled “Making Love Work.” Other works that are under her name include Passion – 1999, What Women Want Men to Know – 2002, Finding It And Living It – 2005 and "Soul Shifts" – 2015.

Barbara De Angelis has been wedded for five times. She has been married to the likes of Doug Henning; a magician, and John Gray.