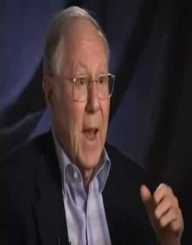 William Glasser was born 11th May 1925, to Ben and Betty Glasser. He was born in Cleveland, Ohio, United States. Glasser was born into a family of modest means, with his father being a repairer of watches and clocks. As a young man, he decided he would get a good education so he wouldn’t have to live in poverty.

William Glasser attended Case Western Reserve University located in Cleveland. He graduated in 1945 with a Bachelor Degree in Chemical Engineering. Glasser gained relevant employment, but after a few short months decided he didn’t like the industry.

Glasser graduated in 1949 with a Masters Degree in Clinical Psychology, and in 1953, graduated with his MD in Psychiatry. After completing his internship and psychiatric residency, he became board certified in 1961.

William Glasser had a different opinion of psychiatry and didn’t agree with Freudian beliefs, which were the norm in the field. Due to his differing opinion, he was let go from the Veterans Administration Hospital where he had been completing part of his certification.

He then took up an appointment at the Ventura School for Delinquent Girls. During his time at the school, he met G.L. Harrington, an older psychiatrist, who held similar views as Glasser to the Freudian model of psychiatry. Glass credited Harrington as being his mentor.

Glasser went on to establish a private practice in Los Angeles, which he had until 1986.

Over the years, Glasser’s work evolved into what he called “Choice Theory”. He wrote around 28 books on the subject and co-authored several others with his wife. His biography, William Glasser: Champion of Choice, was released in 2014.

His work was always controversial, as he believed people could improve their lives by making choices rather than the traditional medical model.

Glasser’s major work is called Choice Theory. There are institutes set up all over the world that work under the umbrella of William Glasser’s name, teaching Choice Theory to allow people to improve their lives.

Glasser’s awards and honors include the following:

2003:   ACA Professional Development Award – in recognition of his significant contributions to the field of counseling

2005:   Designated as a Master Therapist by the American Psychotherapy Association

2005:   Life Achievement Award – International Center for the study of Psychiatry and Psychology

Glasser’s first wife, Naomi, died in 1992. He later went on to marry Carleen.

William Glasser has a substantial legacy. The William Glasser Institute in the US has had over 75,000 people from around the world do intensive training to assist them with being able to apply Glasser’s ideas in their lives.

The William Glasser Association International was set up in July 2010, with the mission of organizing and coordinating the worldwide conferences and activities held under Glasser’s name.