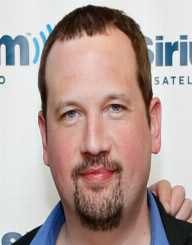 American pop singer and politician Justin Jeffre was born as Justin Paul Jeffre on February 25, 1973. He was born to Dan and Sue Jeffre in Mount Clemens, Michigan, United States of America. He studied at the School for Creative and Performing Arts (SCPA), Cincinnati. While attending the SCPA, he came in contact with his eventual bandmate Nick Lachey. They performed together during their term at SCPA. Later, they joined hands, became professional and formed the boy band called ‘98 Degrees’.

In doing so they roped in Drew Lachey and Jeff Timmons to complete their barbershop quartet. Drew was Nick's younger brother. 98 Degrees ruled the pop song scenario during the late 1990s and the early 2000s. They flourished when the period of boy bands were at the peak. They even managed to compete with the likes of Backstreet Boys and 'N Sync.

In the late 1990s, Motown Records inked a deal with the musical quartet. Their self-titled debut album was released in 1997 and went Gold. They followed their success with another album called ‘98 Degrees and Rising’. The album went on a chart breaking spree and became a Multi-platinum hit. The band published another studio album titled ‘Revelation’ (2000) before taking a break. These albums are best known for its hit singles. A few amongst them are ‘Because of You’, ‘Invisible Man’, ‘I Do (Cherish You)’ and ‘The Hardest Thing’.

Soon, Jeffre plunged into politics. He made a bold decision to run for the Mayoral election of Cincinnati, Ohio in 2005. In the ensuing battle of ballots, he could manage only a distant fifth position garnering only 2% of the total votes polled. However, in spite of such a humiliating setback, he remained active in politics. He is still a committed political activist associated with different projects.

He remained in oblivion for several years only to resurface and hog the limelight in 2011. In 2011, the police arrested Jeffre on charges of trespassing while he was participating in a protest march in support of the ‘Occupy Cincinnati Movement’.

REUNION OF THE QUARTET

In 2012, all four members of the band 98 Degrees came together again, a decade after they had parted their ways. They participated in a one-time concert at the Summer Mixtape Festival. Later, they released the fourth and last of their studio album titled ‘2.0’ in May 2013. The revival of 98 Degrees was complete when on May 31, 2013, they embarked upon a tour. It was a package tour planned in advance by the quartet with new music. The tour also featured the members of Boyz II Men and New Kids on the Block.

Very little information about Jeffre’s personal and married life is available in the public domain. There is no record of him having any wife or any biological/adopted child. His sexual orientation is also under question as there is no information about his romantic relationships as well. People suspect him to be gay. However, no certain proofs are available in this regard likewise.