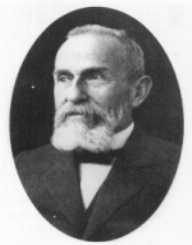 Emil Kraepelin was a German Psychologist and Psychiatrist. He is best remembered for his work on the concept of psychosis. This work formed a great basis of the current psychiatry. Among his first work was Compendium der Psychiatrie which was published in 1882. Emil Kraepelin received his very first lessons on biology from Karl, his older brother. He was only a child at the time. Among his tutors during his education were Wilhelm Wundt and Paul Flechsig.

He wrote the essay "The Influence of Acute Illness in the Causation of Mental Disorders" while he was still a student. During his career, he served for a long time at the University of Heidelberg. He joined the University in1890 and remained there for 14 years. In 1908, Emil became a member of the Royal Swedish Academy of Sciences. He was among the founders of the German Institute for Psychiatric Research in 1917.

Emil Kraepelin was born on February 15th, 1856. His place of birth was in Neustrelitz in Germany. His father was Karl Wilhelm. He was a music teacher, opera singer and later a great storyteller. His elder brother known as Karl was ten years older than Emil. He gave biology lessons to his younger brother Emil when he was still a child.

After his early education, Emil Kraepelin joined the Leipzig University in 1874. He studied medicine while there under Wilhelm Wundt and Paul Flechsig. Among the subjects he took was experimental psychology and neuropathology.

He also studied medicine at the University of Würzburg from 1877. He attained a degree on the same in 1878. Subsequently, in 1879 he began his Doctoral studies at University of Munich. While there, he was tutored by Bernhard Gudden. His thesis was based on “The Place of Psychology in Psychiatry.”

In 1883, his work Compendium der Psychiatrie was published. It was his first publication ever in his career. The following year, he served at Leubus, Germany as a senior physician. In 1885, he was appointed the director of the Treatment and Nursing Institute situated in Dresden.

Later in 1886, he was made a professor at University of Dorpat. He was 30 years old at the time. After serving at the university for a while, the healthcare and medical education institute of the University appointed him as its director.

Emil Kraepelin later joined the University of Heidelberg in 1890. He worked at the University’s psychiatric studies department as the head. He served at the university for fourteen years. During this time, he continued his work on Compendium der Psychiatrie.

From 1903, Emil Kraepelin served at the University of Munich as a professor till 1922.  In 1908, Emil Kraepelin became a member of the Royal Swedish Academy of Sciences. He later helped in establishing the German Institute for Psychiatric Research. The research center came into existence in 1917. He later served at the Research Institute of Psychiatry at Munich as the director from 1922.

Emil Kraepelin passed on at the age of 70 in 7th, October 1926. His death occurred in Munich, Germany.