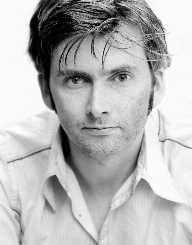 Ronald David Laing was on October 7, 1927, in Glasgow. He was born to David Park McNair Laing and Amelia Glen Laing. In 1932, he joined Sir Neilson Cuthbertson Public School in Glasgow for his primary curriculum. In 1936, he joined Hutcheson’s Grammar School. In 1945, he studied medicine at the University of Glasgow.

In 1951, Ronald David Laing became an officer at the Royal Army Medical Corps. He was then transferred to the psychiatric unit at Netley, Southampton. He was later posted to the Military Hospital at Catterick in Yorkshire. In 1953, he laid down his tools in the army. He later finished his Psychiatric course at Gartnavel Royal Mental Hospital, Glasgow. He after that became a mere Scotland’s consultant. He then brought up a Rumpus Room back in the Gartnavel Royal Mental Hospital. In 1956, he officially became a qualified psychiatrist.

In 1960, he published his book ‘The Divided Self.’ He later in the same year joined Tavistock Clinic, London where he served as a senior registrar. He on the latter studied Schizophrenics’ Families. In 1964, he published his second research work ‘Sanity, Madness and the Family.’ In 1965, he formed the United Kingdom Charity and the Philadelphia Association. He after that with the help of Aaron Esterton, David Cooper amongst others to launch Kingsley Hill Project. In 1970, his Kingsley Hill project became inoperative. In 1971, he moved to Sri Lanka. He after that moved to India. In 1985, he published ‘Wisdom, Madness and Folly’ his autobiography. In 1988, he laid down his tools due to his ill health and alcoholism.

Ronald David Laing never married but he was in a relationship with four different women with whom he fathered ten children. He died on August 23, 1989, of a heart attack at a tennis court in France. He died at the age of Sixty-one.