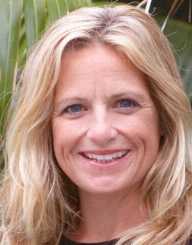 Shannon Dunn is an American Olympian with medals in the Snowboarding Winter championships.

Shannon Dunn was born in Arlington Heights, Chicago on November 26, 1972. At the age of 9 years, she moved with her parents to Steamboat Springs in Colorado. She had her first snowboarding experience in 1987 when she was barely 15 years. Dunn had previous snowsports experience. She had a stable skiing history since her childhood. The introduction to the snowboard captivated her mind. She used the natural topography of Steamboat Springs that favored snowboarding as her training base. Under the watch of her elder brother, Dunn started competing in the sport after a few weeks.

In 1990, she entered her first professional snowboarding competition. She went on the podium as the third best in the competition. In the summer of 1990, Dunn went with her brother to the Steamboat snowboard camp. She impressed the judges and secured a sponsorship. Through the sponsor, Dunn traveled within the US. As her star kept rising, she competed in global competitions in Canada and Europe.

The 1998 winter Olympics in Nagano, Japan tested the validity of the inclusion of snowboarding as a viable sport. Dunn joined the US women’s team to the Olympics. As a standard procedure, all athletes are gender tested. Dunn went through the taste with amusement. After passing the gender test, she was allowed to compete. She finished on the medal podium, as a bronze medalist.

The success of the initial event helped the committee to regularize the sport to a permanent position its calendar. She competed in the 2002 Winter Olympics event held in Salt Lake City in the US. Dunn finished in the fifth position during the meeting. She settled for the few medals after giving birth to her two sons. She took a sabbatical to raise a family and eventually retired from the sport soon after.

She competed in multiple snowboarding events in the US and abroad. She debuted in the Winter X Games in 1997. She won the gold medal in the event held in Crested Butte in Colorado. Dunn won silver in the championships held in Colorado. In 2001 she competed in two events in the Winter X Games held in Mount snow in Vermont, USA. She took gold in the halfpipe and silver in the slopestyle competitions.

Apart from competing in the field, Dunn helped the sport to grow beyond its traditional circles. In 1994, she became a marketing agent for a commercial advertisement. She rode on a marketed snowboard. Dunn changed the perception of the viewers and the business world. Since then, she has done more marketing for companies using the boards. Her resilience in the sport opened doors for other women to join and professionally compete in the sport.

Dunn founded the campaign Snowboarding For Breast Cancer. She uses the campaign to raise funds and create awareness of breast cancer among young women in the US. The campaign regularly donates the money to the institutions researching and treating breast cancer patients. She has partnered with her sponsors in creating women-friendly sports equipment in the sport. Dunn also works with companies such as Burton snowboards to create sports equipment suitable for women in enhancing their performance in the game.

Dunn uses her goodwill within the sports fraternity to campaign for more young women to follow in her steps. She organizes sports clinics in the view of encouraging them to come out and embrace the sport. Dunn gives regular interviews in sports channels about her journey to being a champion.

She downplays the presumed dangers of the sports. She believes that like any sport, accidents happen. Dunn emphasizes on the need to adhere to the safety standards and regulations in mitigating the exposures to accidents competing.

In 1999, Dunn married Dave Downing and adopted the surname, becoming Shannon Dunn-Downing. They have two sons. She delivered her firstborn Logan in 2003, while the second born Dillon came in 2004.

She announced her retirement from the sport after the birth of her second born. She lives in Encinitas in California with her family. She regularly visits her friends and other acquaintances back in Steamboat Springs.

She is a graduate of the University of Colorado, having majored in Kinesiology. Her knowledge of the human body reflexes and natural movement played a major role in her sporting growth.

Shannon Dunn is the public face of women snowboarding. She was inducted in the Hall of Fame in the Colorado Snowsports Museum in 2006. She credited her brother for encouraging her to venture into the sport.

Her achievement in the sports propelled her name into stardom. In her native Steamboat Springs, Dunn features on the list of the most significant personalities from the area. As expected most of the worthwhile people in Steamboat are skiers and snowboarders. The natural environment gives them an undue advantage to a good training ground.