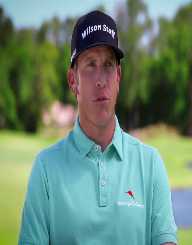 Ricky Kyle Barnes is an American professional golfer. Born on February 6, 1981, he is the son of NFL player Bruce Barnes. Barnes came to prominence during the 2009 U.S. Open when he set a 36-hole scoring record. He plays on the PGA Tour.

Ricky Kyle Barnes was born on February 6, 1981, in Stockton, California. His father Bruce Barnes was a professional NFL player who played for New England Patriot. Subsequently, he became a food broker. Barnes mother Cathy Barnes is an educator. Ricky Barnes took an interest in sports at a very young age, and his talent for golf was evident.

Barnes received education at Lincoln High School, Stockton, where he played golf. During this period, he served as the team captain for three years. In addition, he played in the state championship three times. Following his graduation, he enrolled at the University of Arizona where he played college golf from 2000 to 2003. In 2002, he became the Pac-10 Freshman of the Year. The following year, he also won the Pac-10 Co-Player of the Year. Also, he was among the second-team All-American in 2000 and 2001. With hard work and dedication, he was among the first-team All-American in 2003.

In 2002, Barnes won the 102nd U.S. Amateur. He defeated Hunter Mahan 2 & 1 during the finals. That same year, the two golfers led the United States to win the 2002 Eisenhower Trophy. Barnes along with Mahan received the Ben Hogan Award in 2003.

In 2003, Barnes went professional. The following year, he joined the Nationwide Tour. During the Oregon Classic in 2006, he lost a playoff to Cliff Kresge. Barnes placed 25th on the Nationwide Tour list in 2008. As a result, he qualified for the PGA Tour for the 2009 session.

Barnes came to fame in the golfing world during the 2009 U.S. Open. During the event, he made a 36-hole scoring record. He shot an 8-under 132 through the first two rounds despite the rainy condition. At the third round, he became the fourth player ever to reach double-digits under par. However, Barnes exploits ended during the final round. After shooting a 76 (+6), he placed second, with two shots behind ultimate winner Lucas Glover.

Following that narrow miss, Barnes improved his game in the 2010 season by earning series of top ten finishes. He, therefore, qualified for the PGA and placed 43rd on the money list.

Barnes signed a contract with the golf company G/FORE in January 2011. Per the agreement, Barnes exclusively wore the G/FORE colored glove on the PGA Tour.

Barnes has been competing in several golf events. He competed in the Web.com Tour Final in 2013, finishing at the 33rd position to qualify for the 2014 PGA Tour.

Despite competing in over 200 PGA Tours, Barnes is yet to win the event.