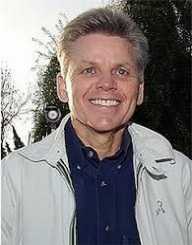 The former United States politician, Gary Condit was a member of the Democratic Party. He served in the House of Representatives between 1989 and 2003. The disappearance of Chandra Levy, saw his name hit the headlines.

Gary Condit was born on 21st April 1948 in Salina, Oklahoma. His father Adrian Burl Condit served as a minister of the Baptist church while his mother was a housekeeper.

He spent most of his early life in Oklahoma. During his high school days at Nathan Hale High School, he worked as a roustabout in Oklahoma's oil fields.

Soon after Condit’s father was moved to California as a pastor, the family also relocated to the same city.

Gary Condit enrolled at Modesto Junior College where he graduated in 1970 with an associate of art degree. Two years later he received his second degree from California State University, Stanislaus.

His excellent work in the city council saw him elected to the California State Assembly. During his time in the assembly, he co-wrote the film Return of the Killer Tomatoes in 1988.

A special election was held in 1989 after Tony Coelho had resigned and Gary Condit was elected to replace him.

In 1990, he won a full term before going on to win the seat five consecutive times without difficulty.  In the House of Representatives, he was considered a conservative member because of his stands. His action of opposing president Clinton's bills in many occasions angered his fellow Democrats in the house.

He founded a movement in 1995 whose aim was to moderate conservative Democrats. The main agenda of the campaign was fighting for the Social Security Trust Fund.

In a scandal that destroyed his reputation, Gary Condit was linked with the disappearance of Chandra Levy, a 24-year-old intern. Condit had an affair with the 23-year-old intern. He, however, denied the allegation two times in a statement he gave the police.

He later confessed to having an affair with the teenager. Condit then allowed his department to be investigated in connection to Levy’s death. His position made the case a subject of public interest. Levy’s remains were found 22nd May 2002 in Rock Creek Park. Police officers linked her death to homicide.

Although the murder case of Chandra Levy remains closed, the conspiracy remains unsolved.

At a young age of 18, Gary Condit married his high school lover Carolyn Berry. The two have two children, a son, and a daughter.

Despite Condit’s various scandals the family has managed to stick together through thick and thin. Following his father’s footsteps, Condit’s son announced his intention to run for House of Representatives on an independent ticket.