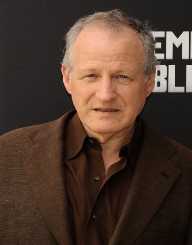 Throughout Mann’s decades-long career, he has become most famous for his work as a director, screenwriter, and producer. Some of his career highlights are below.

Michael Mann directed his first work, a documentary titled Insurrection, in 1968. This helped to kick off his career as a director.

Michael Mann didn’t work on his directing much in the 1970’s. He worked on two shorts, one episode of television, show, and the made-for-television movie The Jericho Mile. It was also in the 1970’s that Mann began his career as a screenwriter. In this decade, he mostly wrote scripts for television shows, including Bronk, Gibbsville, and Starsky and Hutch. However, he also wrote the teleplay for The Jericho Mile. In this decade, he also produced two shorts: Jaunpuri and 17 Days Down the Line.

Michael Mann directed his first major movie, Thief, in 1981. He later went on to direct the films The Keep and Manhunter in 1983 and 1986. He also directed one episode of the show Crime Story, in 1987. In the 1980’s, Mann continued working mostly on television shows, while writing the occasional movies. He directed all of the movies he wrote in this decade. Some of the television shows he wrote for include Vega$ and Crime Story. He was also the producer of Crime Story. Some of the other things he produced were the movies Band of the Hand and L.A. Takedown.

In the 1990’s, Michael Mann only directed big-name movies. His first movie of the decade and one of his most popular movies of all time was The Last of the Mohicans. He also directed the films Heat and The Insider in this decade. He also wrote all three of these movies, as well as two episodes for the show Drug Wars: The Camarena Story.  He was also the producer of all of his works in this decade, including a television version of Miami Vice.

In the 2000’s, Michael Mann continued to only direct big-budget films. The films that he directed in this decade include Ali, Collateral, Miami Vice, and Public Enemies.  He also wrote all the screenplays for all of these movies, as well as an episode of the show Robbery Homicide Division.

He also produced all of these projects, as well as the films Baadasssss!, The Aviator, The Kingdom, Hancock, and Texas Killing Fields. He also produced the shows Luck and Witness.

As of the 2010’s, Michael Mann has so far only directed one film, Blackhat.

Over the course of Mann’s many careers in the film industry, he has won over a dozen awards and has been nominated for three dozen others. Some of his most impressive awards are listed below.

Michael Mann is currently married to Summer Mann. The couple tied the knot in 1974. This couple has four children together.