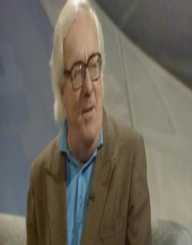 Ray Bradbury was born in Waukegan on August 22nd in the year 1920. His father worked for the Illinois power and telephone utilities as a lineman. His father’s name was Leonard Spaulding Bradbury and while his mother was an immigrant from Sweden, Ester Moherg.

Ray’s childhood was idyllic in Waukegan, and he wove the tales into a couple of short stories and semi-autobiographical novels. He admired magical arts as a kid and read lots of fantasy fiction and adventure. His favorites were Edgar Rice Burroughs, L. Frank Baum, and Jules Verne.

He aspired to be a writer when he turned 13, and this was in his bid to live forever and emulate his childhood heroes. He was looking forward to doing this through his work of fiction. He put up Poe imitations as he grew up till he turned eighteen.

Ray’s family made a move across to Los Angeles in 1934, and it was in California that he sought for and became friends with Hollywood leading lights. He took up roles in his high school drama club and would often roller-skate to get autographs in Hollywood.

Ray Bradbury met Mae West, Norma Shearer, Marlene Dietrich, and a host of others during his forays into Hollywood. He was hired by George Burns, the radio star, when he was 14 years old, for a role in Burns and Allen. When he contributed a joke to the show, he earned his first paycheck as a writer.

Ray graduated in 1938 from high school but could not make it to college and had to dig in at the local library. According to him, college was unaffordable.

As Ray Bradbury navigated writing, he had to sell newspapers to make a living and was able to have his short story published in 1938. This happened in the same year that he left school, and it was a fan magazine that carried his story.

Ray set out in the following year to publish his fan magazine and was able to send four issues into circulation. The magazine was called Futuria Fantasia, and he wrote most of the pieces himself.  He was however smart to use a couple of pen names in the process.

In the year 1941, by November, Ray Bradbury was able to sell the very first of his professional pieces. The story was Pendulum, and it was in the prelude to the WW2. He became a full-blown writer as 1943 dawned, but his first collection that featured short stories hit the shelves in 1947, titled Dark Carnival.

His major entry of note was the 1950 work, eclectically titled “The Martian Chronicles.” It was an elaborate work on the conflict between mankind and local Martian inhabitants as man sought to colonize the red planet. While others saw this attempt as sci-fi, he relished in it as fantasy.

By 1951, TV adaptations of his short stories were becoming commonplace just as comic book entries also proliferated. This was his opening to a larger reading audience.

Fahrenheit 451 is Ray Bradbury’s best-known piece, and it hit the shelves in 1953. It was a reference point in that season of McCarthyism. Themes like conformity and censorship made it easy for his book to attract significant reviews.

In the late 2000s, Bradbury, however, countered the view that censorship was the theme of the hit book. He rather pointed out that it alluded to the distraction of television as it detracts from a keen reading of books.

He was never a fan of television, but he did not stand in the way of more adaptations of his works for the big screen. He developed a successful HBO series on TV for his short stories, and the run lasted till 1992.

Ray Bradbury is reputed to have been enormously prolific as he wrote every day for several hours during his long career. He has to his credit, 30 books and short stories that number about 600. He has other plays, essays, poems and screenplays to his credit.

He was at the World Fair in 1964 as the Ideas Consultant at the American stand. Also, he is a recipient of numerous awards and honors.

Some TV shows that were adapted from his works included Light Out, Tales of Tomorrow and Star Tonight. This is not to forget Mars Is Heaven, Dimension X, X Minus One and The Martian Chronicles. The NBC and CBS had these shows on, and the broadcast was done across America.

Ray Bradbury was active in his writing till he died. He often would dictate while one of his daughters transcribed as he churned out his ideas. He was active in fundraising and public appearances to raise the needed funds for many local libraries.

Ray is considered such a massive inspiration to sci-fi buffs, writers, and teachers across the globe. He was content in his final years about his place in the world of sci-fi, and he saw his dream to live forever through his works materialize.

Ray Bradbury got the Pulitzer recognition in 2007 when the Pulitzer Board specially cited him.  This was for his prolific, deep and distinguished career as a trailblazing fantasy and sci-fi author.

Ray Bradbury married in the year 1947 to Marguerite McClure, who was famously called "Maggie.” He met her while she was doing the rounds as a bookstore clerk. His wife was the one providing for the family in the early years as he could barely make enough money while he honed his writing skills and profundity. They had four children, all girls. Susan was born in 1948 while Ramona came along in 1951. The third was Bettina, and she was born in 1955 and Alexandra was born in 1958.