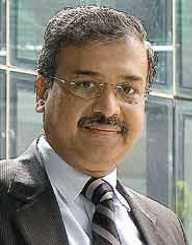 Dilip Shanghvi, the founder of the largest pharmaceutical company in India and fifth largest in the world, Sun Pharmaceuticals, was born on October 1, 1955, in the small town of Amreli, Gujarat, India to Shantilal Shanghvi and Kumud Shanghvi. His parents later moved to Kolkata (formerly Calcutta). His father was a wholesale generic drug trader. Dilip received his high school education from J.J. Ajmera High School and attended the Bhawanipur Education Society College for his intermediate education. He earned his Bachelor of Commerce degree from the University of Calcutta in 1982.

Dilip Shanghvi used to help his father in his wholesale generic drug distribution business during his college days. The dream of owning a drug manufacturing unit started during the time he was involved in assisting his father in his business. After completing his graduation, Dilip traveled to Mumbai from Kolkata borrowing Rs.10000/- from his father. He started a drug manufacturing unit in Vapi, Gujarat with only one product of Psychiatry medicine employing only one person in 1983.

Dilip Shanghvi partnered with Pradeep Ghosh in establishing the drug manufacturing and marketing facility and soon expanded to hire more employees and started producing more psychiatric drugs. By the early 1990s, his company Sun Pharmaceuticals ventured into the field of cardiology and gastroenterology and began manufacturing medications related to these fields adding new research and manufacturing facilities to its infrastructure.

Sun Pharmaceuticals went public in 1994 and became Sun Pharmaceuticals Ltd. The company then expanded its sales network across 24 countries by 1996. In the same year, Sun Pharma made its first acquisition in the form of Knoll Pharma, an Ahmednagar, Maharashtra based company. His strategy of focusing on the production of niche generic drugs and drugs used in specialty and chronic therapies such as neurology, cardiovascular, oncology, dermatology and psychiatry paid rich dividends, and the company registered an extraordinary growth over the next decade amid fierce competition among the Indian and International pharmaceuticals companies.

Dilip Shanghvi successfully purchased the controlling stake in Israel's Taro Pharmaceutical Industries in 2010 after a three-year-long legal battle for the takeover. The acquisition almost immediately doubled Sun Pharma’s U.S. revenues to nearly $1 billion. In the year 2012, Dilip stepped down from the post of Chairman of the company and handed over the responsibilities to Israel Makov who was the former President and CEO of Teva Pharma.

In March 2014, the United States Food and Drug Administration banned imports from Sun Pharma’s Karkhadi factory in Gujarat citing improper manufacturing practice. In the same year, 68,000 bottles of antidepressant drugs had to be recalled from the United States by the company for failing the quality test. However, these setbacks could not deter Shanghvi from going ahead, and in 2014, he oversaw the completion of the company’s massive acquisition of generic drug rival Ranbaxy Laboratories from Japan-based pharmaceutical giant Daiichi Sankyo Co. The asset was worth $3.2 billion and made Sun Pharmaceuticals, the fifth largest generic drug manufacturer in the world and the largest pharmaceutical company in India.

Dilip Shanghvi owns a high 60.8% stake in Sun Pharmaceuticals and is worth over $21.7 billion according to the Bloomberg data published by Livemint. His real time net worth as of 09/02/2017 according to the Forbes profile is $10.8 billion. Sun Pharmaceuticals garnered $4.1 billion in revenues in 2016, thus becoming the most valuable pharma outfit in India. Known for his man-management skills, Shanghvi continues to remain the Managing Director of the company.

Apart from his pharmaceutical business, Dilip Shanghvi is a personal investor and has invested considerable amounts in his favorite field, the renewable energy among a host of other areas. In the field of energy, Tulsi Tanti’s Suzlon energy is worth $300 million, and Dilip has successfully obtained a 23% stake in it.

Dilip Shanghvi is the recipient of ‘CNN-IBN Indian of the Year’ in the business category which was conferred upon him in 2011.

He was honoured with the fourth highest civilian award of India, the Padma Shri, by the Government of India in 2016.

Dilip Shanghvi tied the nuptial knot with Vibha Shanghvi who was a pharmacist by profession. At present, Vibha Shanghvi holds a stake of 0.43% in her husband’s pharmaceutical company. Both of them are kind-hearted and philanthropists. The couple is associated with many charitable organizations and has donated millions in funds to various organizations. They have two children, a son named Aalok and a daughter called Vidhi. Both their children are grown up now and are married too. The two children of Dilip Shanghvi are carrying forward the legacy of their father by working at Sun Pharmaceuticals. Aalok Shanghvi is married to Karishma Mehta while Vidhi Shanghvi is married to Vivek Salgaokar.

Dilip Shanghvi is a simple man at heart. He is admired by all for the simplicity in his looks and in his thoughts too. The business tycoon is also an avid reader who likes to read comics, novels, business related books and science books. He is also fond of watching movies. He is a reserved person who wants to stay away from the spotlight.