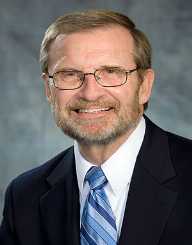 Richard J. Roberts was born in Derby, Derbyshire, England on September 6, 1943. He is an English biochemist and molecular biologist. He received the Nobel Prize in Physiology or Medicine for his discovery of the mechanism of gene-splicing.

Richard J. Roberts was born on September 6, 1943, in Derby, England. He was born to Edna Allsop and John Roberts. His father was an auto mechanic, and his mother was a homemaker. His family moved to Bath when he was four years old. He attended the Christ Church Infant School. He later attended St. Stephen’s Boys’ School. He developed an interest in logic and mathematics as a student. He finished his elementary education and joined City of Bath Boys’ School. He developed an interest in chemistry as a teenager. He later joined the University of Sheffield where he graduated from with a Bachelor of Science Degree in Chemistry in the year 1965. In 1969, he obtained his Ph.D. Degree from the University after he did a thesis in phytochemical studies of neoflavonoids and isoflavonoids.

In 1969, Richard began research work into molecular biology at Harvard University under Jack Strominger where he stayed until 1972. In 1972, he went to Cold Spring Harbour Laboratory where he worked under James Dewey Watson. James was a co-discoverer of the DNA. At the laboratory, he made preparations of Endonuclease R and other restriction enzymes that were known then. He found superlative success in restriction enzyme by 1973. In 1974, he collaborated with Richard Gelinas in the characterization of the initiation and terminations signals for an Adenovirus-2mRNA. In 1977, Richard came up with an experiment that displayed the split structure for Adenovirus-2mRNA which proved to be accurate. He and Richard later collaborated with Louise Chow and Tom Broker in visualizing the split structure. In 1992, he moved to New England Biolabs where he became a chief consultant. He was later promoted to the rank of joint Research Director.

In 1993, he received the Nobel Prize in Physiology or Medicine together with Phillip A. Sharp for their discoveries of split genes. In 1994, Richard received an Honorary Doctor of Science Degree by the University of Bath. The following year he was elected as a Fellow of the Royal Society.

Richard married Jean with whom he has four children, Alison, Christopher, Amanda, and Andrew. In 2005, the Chemistry Department the University of Sheffield was named after him.