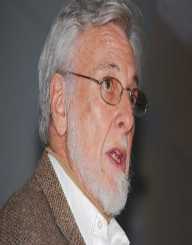 Ammon Ashford Hennacy was born on July 24, 1893, in Negley, Ohio. His parents were Quakers, Benjamin Franklin Hennacy, and Eliza Eunice Fitz Randolph. His parents raised him as a Baptist, but in 1909, upon hearing a preach of Billy Sunday, he became an atheist. Not long after, Hennacy became a socialist and a member of the Industrial Workers of the World group. Hennacy attended the Hiram College in Ohio in 1913, then the University of Wisconsin-Madison in 1914 and the following year, The Ohio State University.

During the years he spent in the university, Ammon Hennacy was the card-carrying member of the Socialist Party of America and the secretary of Hiram College’s Intercollegiate Socialist Society. When World War I broke out, he was imprisoned for two years for resisting conscription. While in prison, the only book he was allowed to read was the Bible, which made him radically change his beliefs and he became a Christian pacifist and Christian anarchist. After leading a hunger strike, Hennacy was punished with eight months in solitary confinement.

In 1919, upon being released from the prison, Ammon Hennacy married Selma Melms. The couple went on a trip around the United States, visiting all contiguous 48 states. In 1925, they finally settled down and bought a farm, where they raised their two children. In 1931, Ammon Hennacy began working as a social worker in Milwaukee and organized social worker unions. He refused to sign up for the draft for World War II and declared that he would not pay taxes. To reduce his liability, he took up a simple living lifestyle.

In 1952, Ammon Hennacy was baptized as Roman Catholic at St. Anastasia Church. The following year he moved to New York City and became an associate editor of the Catholic Worker. While in New York, he engaged in many pickets and refused to participate in the air raid drills. In 1958, he fasted for 40 days to protest nuclear weapons testing.

In 1961, Ammon Hennacy moved to Utah where he was the organizer or the Joe Hill House of Hospitality. He also protested the death penalty and use of tax money in war. In 1964, he divorced his first wife and got married to Joan Thomas. The same year, he left the Catholic church and declared himself a non-church Christian.

By 1968, he closed the Joe Hill House of Hospitality and focused fully on his protests and writing. In 1970, he published his book The One-Man Revolution in America, which consists of 17 chapters, each devoted to one American radical.

Ammon Hennacy died on January 14, 1970, after suffering a heart attack.