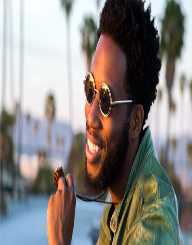 Curtis  Mayfield was an American singer, songwriter, and record producer. Born on June 3, 1942, he is considered as one of the influential figures behind the black race-conscious soul music. He gained fame as a member of The Impressions and later went solo. He wrote The Impression’s song, People Get Ready,1965, which depicts his political consciousness in songwriting. The song was a hit and won several awards. It was inducted into the Grammy Hall of Fame in 1998, made it to number 24 on the 500 Greatest Songs of All Time, listed by Rolling Stone.

Curtis  Mayfield went solo in 1970 and his soundtrack for the film Super Fly in 1972 becoming a hit. He also released several other albums. On August 13, 1990, while performing live at Wingate Field in Flatbush, Brooklyn, New York, lighting equipment fell on him paralyzing him from the neck down. He, however, continued his music career and released his last album New World Order in 1996. He has won several awards including the Grammy Legend Award in 1994 and Grammy Lifetime Achievement Award in 1995.

Curtis  Mayfield was born to Marion Washington and Kenneth Mayfield on June 3, 1942. He had four other siblings. At the age of five, his father abandoned the family; hence, his mother along with his grandmother moved the family from one resident to the other until finally settling in Cabrini-Green. Growing up, he developed a keen interest in music and at the age of seven singing with the Northern Jubilee Gospel Singers. His mother who already knew how to play the piano taught him how to play the instrument.

Curtis  Mayfield received education at Wells Community Academy High School but dropped out during his first year. At the age of 14 in 1956, Mayfield formed the gospel and soul group Alphatones after the Northern Jubilee Gospel Singers moved to downtown Chicago. He also self-taught how to play the guitar.

In 1956, Curtis  Mayfield joined his friend Jerry Butler and others like Arthur and Richard Brooks in the group The Roosters as a singer, songwriter, and composer. The group later metamorphosed to The Impression in 1958 now including Sam Gooden. Butler left the band after they released the hit singles Come Back My Love and For Your Precious Love. Fred Cash later joined to replace Butler. The Impression signed with ABC Records and worked with its Chicago-based producer/A&R manager Johnny Pate.

Curtis  Mayfield became the lead singer, writer, composer and producer for the band. The first of it was Gypsy Woman, which made it to the Top 20 Pop hit and a rendition of an old gospel song, Amen, that also became a hit and Top 10 charted. Amen was used as a soundtrack for the United Artists film Lilies of the Field, 1963, starring Sidney Poitier. The band became very famous in the 1960s with Mayfield composing most of their songs including People Get Ready, Keep On Pushing and It’s All Right, which made it to the Top 10 chart. Others like Woman's Got Soul and Talking about My Baby was on the Top 20. The Impression had 19 R&B with 12 of them making it onto the pop charts.

In 1968, Curtis  Mayfield founded the label Curtom Records in Chicago enrolling the Impressions onto it. The band continued releasing hit songs includingFool For You and This is My Country. Others like Choice Of Colors and Check Out Your Mind also became hits making the band enjoy a stream of success.

Curtis  Mayfield used music as a tool of activism for the black race. He became one of the leading voice for the black pride movement alongside Sly Stone and James Brown. During the early 1960s, he composed most of the soundtracks of the Civil Rights Movement. In 1967, he wrote the hit song We’re a Winner for the band under the ABC Records. The song became an instant hit upon release and reached the Billboard pop Top 20. We’re a Winner also became an anthem for the black pride and black power. Earlier songs including Move On Up and Keep on Pushing were also used by the Civil Right Movement and Martin Luther King as anthems.

Aside from writing for The Impression, Curtis  Mayfield wrote songs for several musicians. The wrote Jerry Butler’s hit songs Find Another Girl, I'm A-Tellin' You and He Will Break Your Heart. He also wrote and arranged Jan Bradley's hit song Mama Didn't Lie. From 1962 to 1965, he served as a writer and arranger for Okeh Records artists including Billy Butler and the Artistics, Major Lance, and Walter Jackson.

After about a decade career with the Impression, Curtis  Mayfield left the band to pursue a solo career. His label Curtoms Records released most of his records during the 1970s. He also produced most of the recordings by the label. In 1970, he released his debut solo album, Curtis, which was commercially successful and charted on the top 20. He followed it with Roots, the following year. Mayfield achieved the most success as a solo artist with the soundtrack Super Fly, 1972, for the Blaxploitation film of the same title. The lyrics of the track were very critical about the criminal and wayward lifestyle in the black urban ghettos during the period.

The track was commercially successful selling over one million copies and awarded a gold disc by the R.I.A.A. The success of Super Fly came with several other opportunities making the soundtracks for Claudine, 1974 and Sparkle in 1976. Alongside the Staple Singers, Curtis  Mayfield did the soundtrack for Let’s Do It Again, 1975 and with Mavis Staples recorded the soundtrack of the film A Piece of the Action in 1977. His albums include Back to the World, 1973, Got to Find a Way, 1974, Give, Get, Take and Have, 1976, Do It All Night, 1978 and Heartbeat in 1979. Others include, Love, is the Place, 1982, Take It to the Streets, 1990 and many others.

Curtis  Mayfield suffered an accident that would have a toll on the rest of his life. On August 13, 1990, during a performance at the Wingate Field Flatbush, Brooklyn in New York, a high wind raged one of the stage’s lighting equipment trapping him under. He, therefore, suffered a broken spine paralyzing him from the neck down. He, thus, started using a wheelchair. Despite the accident, Mayfield continued his musical career even though it slowed him down. His last album was The New World Order in 1997.

Curtis Mayfield married Altheida Mayfield. The couple had six children. Mayfield, however, had four other children with different women. Mayfield’s health kept deteriorating after the incident and later suffered from diabetes, which caused his right leg to be amputated. He died on December 26, 1999, North Fulton Regional Hospital in Roswell, Georgia.

Curtis  Mayfield won several awards and was honoured for his contributions to music. Alongside member of the Impression, he was into the Rock and Roll Hall of Fame, in 1991 and posthumously inducted into the Vocal Group Hall of Fame, in 2003.