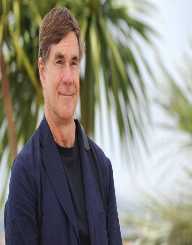 American film director and producer Gus Van Sant was born on the 24 July 1952 in Louisville, Kentucky.

Gus Van Sant was educated at the Darien High School in Connecticut and The Catlin Gabel School in Portland. In 1970 he enrolled at the Rhode Island School of Design.

During the mid-1970s he worked as a production assistant in Los Angeles. His first feature film as a director was Mala Noche. The film centered around the relationship between a Mexican immigrant and a liquor store clerk and won critical acclaim. His next film was Drugstore Cowboy (1989), starring Matt Dillon.

Besides producing mainstream and independent films, Gus Van Sant is a painter, author, and musicians. He lives in Portland, Oregon in the United States.