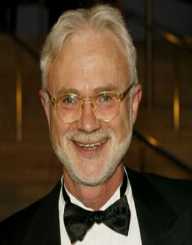 John Coolidge Adams was an American composer and conductor of opera and classical music.

John Coolidge Adams was born on February 15, 1947, in Worcester, state of Massachusetts. He is the son of Carl John Adams and his wife Elinore Mary Adams. He grew up in the region of New England. He went to school at the Concord High School in New Hampshire. He joined Harvard where he got his degree in Arts in 1969 and earned his Master in arts in 1971. Adams became a music tutor at the San Francisco Conservatory of Music until 1984.

He began composing music at the tender age of 10. Adams got the musical genetics and moral encouragement from his parents. They were both amateur jazz musicians. By the age of 13, he witnessed his composition played on the stage. He studied music as a passion during his school days under several composers. He learned how to play the clarinet among other musical instruments. They included Leon Kirchner, Roger Sessions, and David Del Tredici. He played the clarinet on several symphony orchestras as a student at Harvard.

In San Francisco, he became a disciple of musical composers like John Cage, Morton Feldman, and Robert Ashley. He learned their new art of music that emphasized the use of rhythms, melody and harmonious repeated patterns. The kind of music later became known as the minimalistic genre of classical music. The captivating music generally played on the western coast of the US was relatively unknown on the Eastern side. Soon other enterprising young composers from the east like Steve Reich and Philip Glass joined the minimalism movement.

Instead of following in the traditional minimalist style, Adams decided to create his own wave of minimalism by experimenting with huge choral and orchestra setups. In 1982, Adams began writing for larger ensemble performances within the orchestra sets. He blended in other instruments to create a broader use of dissonance in his compositions. Adams managed to present a musical following from across the societal spectrum and classical music lovers.

His experiments with music produced the composition Grand Pinola Music in 1981. He played the composition through t 1982. He blended in all kinds of genres to the composition with a few humorous punctuations along the way. Adams attracted mixed reactions from the music critics. His ardent followers praised him for exploring beyond the traditional horizons of minimalism. On the other hand, his critics claimed he lost the basic touch of artistic knowledge to produce a captivating piece. They accused his music of being less than ridiculous.

Adams emboldened by the reactions of the opera lovers, made other operas in the following years. He came under the spotlight again in 1987. He composed the opera Nixon in China. He set the opera on the background of US President Richard Nixon visit to China fifteen years earlier. Though Adams presented it as a satirical performance, a section of the public thought otherwise. They condemned it as an ethical presentation of material facts.

In 1991, he did another opera titled the Death of Klinghoffer. He serialized the terrorist hijacking of the Italian luxury cruise liner Achille Lauro by Palestinian hijackers off the coast of Egypt. The liner was on its way to the Israeli port of Ashdod from Alexandria in Egypt. In the process, an American Israeli named Leon Klinghoffer was killed by the hijackers. Adams received a backlash from his critics for depicting the show in a bias for the Palestinians. He became a target of vicious criticism from the two daughters of Klinghoffer who accused him of being anti-Jewish. He responded to the accusations by saying that he had no bias to any side and that he could not stop the opera-goers from forming a decision.

Adams continued to impress on the opera scene in the wake of the controversy. In late 1991, he performed the composition El Dorado in San Francisco. Unlike the previous performances, he received wide acknowledgment for his work. He did a classical composition Violin concerto in 1993. He set the performance as a conversation between the soloist and the rest of the orchestra. He did other works including Gnarly Buttons produced in 1996, the orchestral titled Naïve and Sentimental Music in 1997, and the 1995 production I Was Looking at the Ceiling and Then I Saw The Sky.

He has been an active member of philanthropic performances around the globe. He performed with the New York Philharmonic Orchestra on September 19, 2002, to commemorate the terror attacks in the US by Al Qaida. In 2005 he did another opera Doctor Atomic. Adams continues to compose and perform in concerts and operas in the US and occasionally outside his home country.

In recent times, he has composed and performed classics like the 1998 Run Lola Run, Shutter Island in 2010, and Call Me By Your Name in 2017.

He got married to Deborah O’Grady. He fathered two children with his wife.

From the humble beginnings of minimalism, Adams reigned supreme with his blending of other music genres and humor to produce a rare captivating blend of classical music and operas in the US. His influence in the world of opera cuts across entertainment to social issues, politics, and current affairs.