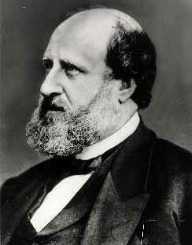 William M. Tweed was born on April 3, 1823, in Manhattan. He dropped out of school. He later learnt the ways of his father’s trade. He afterwards became a Saddler’s apprentice.

William M. Tweed indulged himself in brush making. In 1852, he joined their Family’s business. He became a member in the Volunteer Fire Company, a registering port for political parties. He later joined the Democrats. He went ahead to become a United States House of Representative’s elect. He later became an attorney through the help of Judge George G. Barnard. He after that opened a Law office. In 1960, he served as the Democratic General Committee’s Chairman.

In 1863, William M. Tweed was appointed the head of Tammany’s General Committee. He was later involved in legal Exhortation of large amounts of money. He bought the New –York printing Company and the Manufacturing Stationers’ Company. In 1868, he served as both State Senator and principal leader of Tammany Hall. In 1870, he became Board of Audit’s Commissioner of Public Works. He protected the precedence of the City Charter that did put all cities finances among the Board of Audit.

In 1871, William M. Tweed served as a member of the Board of Directors of Erie Railroad, Brooklyn Bridge Company and Harlem Gas Light Company. In 1873, he was convicted and imprisoned on forgery and larceny. In 1875 William M. Tweed was released from containment. He was after that arrested and contained again on a Civil Charge. He was then imprisoned for a lifetime at Ludlow Street Jail in New York.

In 1844, William M. Tweed married Mary Jane C. Skadden with whom the number of children they had is unknown. He died on April 12, 1878, in Ludlow Street Jail in New York. He died at the age of fifty-five.