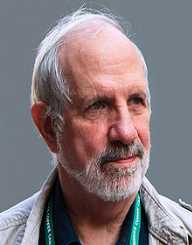 Brian De Palma is an American film industry playwright, producer, and director. He is better known for his trademark films of graphic violence and psychological thrilling suspense.

Brian Russell De Palma was born on September 11, 1940, in New Jersey. An Italian-American, he is the son of Anthony Federico and Vivienne De Palma. He is the last born in a family of three brothers. His father was a practicing orthopedic surgeon. He grew up on the move. He was first raised in Philadelphia and then in New Hampshire. De Palma attended several Protestant schools despite being a Roman Catholic. He graduated from Friends’ Central School; a Quaker-sponsored high school in Philadelphia. Ironically, De Palma was a gifted student in sciences. He participated and won numerous trophies for his school in science congress competitions.

De Palma directed his first film while still a student in college. In the film The Wedding Party, he managed to impress his lecturers who encouraged him to pursue the film industry. Though the film was directed and produced in 1964, it was actually released years later in 1969. He is credited of having exposed unknown actor Robert De Niro in the 1969 production. In 1968 De Palma directed and released two films. He again featured De Niro in one of them. The films Murder a la Mod and Greetings were his first since leaving college.

De Palma got his breakthrough in the film industry in 1970. He directed and produced the film Hi, Mom! He again featured De Niro as the lead character. De Palma signed a work contract with the film house Warner Brothers. The contract did not last for long. De Palma was fired midway into the production of the film Get to Know Your Rabbit in 1972. He came back in 1973 with the film titled Sisters. In 1976 he introduced John Travolta in the film Carrie. The film based on a novel was well received by the film critics. He continued working with several unknown talented actors in his films. In the 1970s, De Palma introduced violent graphics in his films. He later said he was paying homage to his idols like filmmaker Alfred Hitchcock.

In 1980 he directed the film Dressed To Kill. The film had a huge impact on the industry. De Palma was also chided for the graphic imagery in the film. Still, he was highly rated for the production. In 1983 he produced Scarface. In this film, he serializes the journey of a young refugee from Cuba to be the drug lord in Miami. The film which featured Al Pacino was a commercial success in the movie industry. In 1987 De Palma directed another blockbuster The Untouchables. The globally acclaimed film details the life of drug lord Al Capone in Chicago, fighting to keep his empire afloat against his arch nemesis FBI agent Eliot Ness.

In 1996 he directed the production Mission Impossible. The film was action based, but a far cry from his earlier graphic violent movies. Though it was not acclaimed like The Untouchables, it gave rise to the film acting career of Tom Cruise. In 1998 he directed Snake Eyes, a film that featured actor Nicolas Cage. Despite having well-established actors in the cast, the film was not well received by the public.

De Palma has directed numerous films index his name. In total, he has directed over 40 films and some documentaries.

De Palma has had an illustrious career in the film industry, not so with his private life. He has had three marriages so far. He first got married to Nancy Allen from 1979 to 1983. He then married Gale Hurd from 1991 to 1993. He married his third wife Darnell Gregorio from 1995 to 1997. He has two daughters from Gale Hurd and Darnell Gregorio respectively. De Palma lives in the Manhattan district of New York.

He is a director who has created a trademark style in his films. His style of blending sadistic humor, violence and graphic imagery has won him praise and loathe in equal measures. In whichever side you approach to look at the debate, De Palma will still be an enigma in the horror and violent films making a sector of Hollywood.