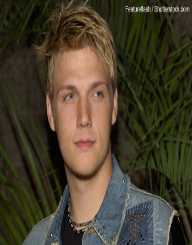 Nick Carter aka the youngest member of the Backstreet Boys vocal group is well known for his striking looks. Not to mention his dancing skills are up to the mark. His career started during his teenage years where he composed a song with the said band. It’s true that he stole the hearts of lots of fans over a decade ago. Nick likes to take part in the melody vocal in conjunction with AJ McLean and Brian Littrell. Besides being a renowned musician, he is also an environmental activist, producer, director and reality television star. Scroll further to learn more about this wise personality.

Previously Nick Carter was known by his birth name as Nickolas Gene Carter who was born on 28th January 1980. His mother was called as Jane Elizabeth and father was named Gene Carter. Nick spent his childhood life in Jamestown in New York City. At his tender age, Nick showed interest in music by playing some of his favorite songs. His all of time song included the Breaking up Is Hard to Do as well as Uptown Girl by Billy Joel. It was during this period that he participated in countable commercials as well as several auditions. In 1990 Carter appeared as an all-star kid in Edward Scissorhands films together with Johnny Depp.

At 13 years old, Nick teamed up with his Floridians colleagues including AJ McLean, Howie Dorough, and Brian Littrell. It is here that they founded the Backstreet Boys. As they continued to familiarize with one another, Nick came up with Backstreet Boys and Backstreet’s Back song in 1997.He then made his first solo album ‘Now or Never’ in 2002.The song topped number seventeen on 200 Billboard in the United States. It was on the same album that he sold over a million copies as well as receiving a certified gold in Canada and the US.

At the beginning of 2003, Carter started to work on his second solo album, but he gave up in the middle. In 2006 he commenced in one of the famous TV shows The House of Carters. Afterward, Kevin Richardson resigned from the band, but Nick gathered himself up where they launched the Unbreakable song. They followed it up with This Is Us in 2007.

In the middle of 2009, Nick recorded Beautiful Lie together with Jennifer Paige which cemented number 19 in German Charts. He then recorded his solo album that titled I’m Taking Off Kaotic INC label released that.

From 1999 to 2002 Nick received more than five awards. Some of them include The Grammy Awards for his best single as well as another Grammy Award for being the Best New Artist in 1999.In the course of his career, Nick has battled with drugs and alcohol since her teenage life. But he later restrained where he was diagnosed with heart muscle disease that is known as cardiomyopathy. Carter is an avid environmentalist who has proved this by joining the UNEP, The Convection on Migratory Species among others. In 2014 Carter married his longtime partner, Lauren Kitt. In 2002 Nick was named in the list of 50 Most Beautiful People in 2000 as well as the Sexiest Man of the Year in 2002.Due to family argument and clash, Nick declined to join his family when they lost their sister in 2012 due to drug prescription overdose.