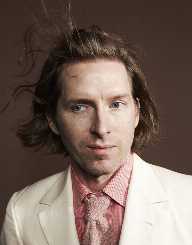 Wes Anderson is a director, film producer. He also writes and acts in some of his films.

Wesley “Wes” Wales Anderson was born on 1st of May, 1969 in Houston, Texas in the United States. He has an older Eric, and a younger brother Mel, his parents are Texas Ann] and Melver Leonard Anderson, working in advertising and public relations. The Andersons have Swedish and Norwegian ancestry. Wes’ parents separated when he was eight; it affected his childhood.

Wes studied at Westchester High School before moving onto St. John’s Private Prep School in Houston, graduating in 1987. He then attended the University of Texas at Austin, graduating from a Philosophy in 1990. During college, he worked part time as a cinema projectionist. Wes wrote plays and made super-8 silent movies when he was young, starring his brothers and friends.

Wes Anderson made Bottle Rocket in 1994, a short film featuring brothers Owen and Luke Wilson. The short film was screened and well received at the Sundance Film Festival. Wes got funding for a feature-length version, but the 1996 version was not a commercial hit. He then moved to Rushmore, starring Bill Murray and Jason Schwartzman. In Rushmore, Bill Murray took a small salary, and support Wes with money to cover a complicated shot that the studio wouldn’t pay for. Wes encouraged Murray to channel his sense of humor into subtle wit and contemplative bewilderment, matching Jason Schwartzman. After Rushmore, Bill appeared in almost all of Wes Anderson’s film.

In 2001, Wes Anderson produced The Royal Tenenbaums, followed by The Life Aquatic and the Darjeeling Limited. His next hit was Moonrise Kingdom in 2012. He made an animated adaptation of Fantastic Mr. Fox in 2009, it was highly praised, despite not earning more than production budget. The movies were shot on the scene, which was a challenge in itself. The Life Aquatic had to be filmed in the sea, in a World War II vintage boat.

Wes Anderson directed 19 films and short films and acting in five of the 22 films that he either directed or produced. Wes also directed commercials for IKEA, Sony, American Express and many more. Wes co-writes all his feature films with actors, composers, and cinematographers.

His current project: Isle of Dogs is set to release in 2018. The stop-motion animation will be featuring Bill Murray, Tilda Swinton, Frances McDormand, Scarlett Johansson, and many more actors for voiceovers.

Wes Anderson is in a relationship with Juman Malouf, who is a Lebanese writer, costume designer, and voice actress. His brother Eric is an artist; he illustrated the Criterion Collection releases of Anderson's films (except for Moonrise Kingdom). Many of Eric’s art was featured in Wes’ films.

Wes Anderson has won awards for Bottle Rocket and Rushmore in National Society of Film Critics award and MTV Movie Award. He received New York Film Critics Circle Award for best screenplay for The Royal Tenenbaums. The Grand Budapest Hotel won him the most acclaim, including Best Original Screenplay from 67th Writers Guild of America Awards.