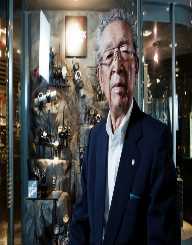 Ben Roy Mottelson alongside Aage Bohr and James Rainwater in 1950 to 1951 came out with a model of the atomic nucleus, which also considered the individual behavior nucleons. The model became the first to explain several nuclear properties including the non-spherical distribution of charge in certain nuclei. Ben Roy Mottelson then collaborated with Bohr to extend the research into comparing the theoretical models to other experimental data. The research led to the publishing of three papers between 1952 and 1953 in which Ben Roy Mottelson and Bohr displayed the close relations between theory and experiments. They were able to demonstrate that a rotation spectrum could describe energy levels of some nuclei. The experiment brought about other theoretical and experimental studies.

Ben Roy Mottelson continued to work with Bohr and came out with two-volume papers on Nuclear Structure. Single-Particle Motion was the first volume published in 1969. It was followed by the second volume, Nuclear Deformations published in 1975. From 1993 to 1997, Ben Roy Mottelson served as the acting director of the ECT* (Trento, Italy).

Ben Roy Mottelson was awarded the Atoms for Peace Award in 1969. In 1975, Mottelson alongside Bohr and Rainwater were awarded the Nobel Prize in Physics for their contributing work on the “discovery of the connection between collective motion and particle motion in atomic nuclei and the development of the theory of the structure of the atomic nucleus based on this connection." Ben Roy Mottelson is a foreign fellow of the Norwegian Academy of Science and Letter and Bangladesh Academy of Sciences.

In 1948, Ben Roy Mottelson was married to Nancy Jane Reno. They lived together until Nancy’s death in 1975. Ben Roy Mottelson and Nancy had three children, two sons, and a daughter. In 1983, Mottelson got married to his second wife, Britta Marger Siegumfeldt. He held dual citizenship, American and Danish.