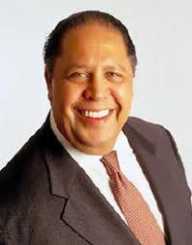 Maynard Holbrook Jackson Jr. was an American politician and an attorney. He was well-known for his public service.

Maynard Jackson was born to the couple Irene (Dobbs) Jackson, and Maynard Holbrook Jackson Sr.Maynard was born on March 23, 1938, at Dallas, Texas, US. His mother, Irene graduated from Spelman College.

He also obtained a doctorate in France and was a professor of French at the college. Maynard Holbrook Jackson Sr was a minister from New Orleans. He was a civil rights activist in Dallas, Texas. His grandfather Alexander Stephens Jackson was an educationalist in Louisiana and Texas.

Maynard lost his father when he was 15. His grandfather guided Maynard in his life.

Maynard Jackson studied at Morehouse College, mostly for black men in Atlanta. He graduated in 1956 at the age of 18. He joined the Boston University Law School for a brief period. He did some odd jobs for some time. He again studied law at the North Carolina Central University Law School. He obtained his law degree in 1964.

He became a member of Alpha Phi Alpha society.

Maynard Jackson was a member of the Democratic Party. He started his career as a lawyer in the legal service firm the National Labor Relations Board.

In 1968, Maynard Jackson at the age of 30, made an unsuccessful attempt to join the US Senate against the incumbent Herman Talmadge. Jackson achieved victory in Atlanta where blacks were in the majority. He consolidated his strength as vice mayor.

As a mayor, Maynard Jackson concentrated on improving racial relations in Atlanta and surroundings. He initiated many public-works. He also arranged for up-grading the Atlanta International Airport to conform to modern standards. He helped during the construction of rapid-transit rail line by Metropolitan Atlanta Rapid Transit Authority. The first rail service began in Atlanta in 1979.

During the period of Jackson as Mayor, he completed many civic amenities such as parks, freeways, Freedom Parkway and prepared ground for the Olympic Games.

As Mayor, Maynard Jackson rejoiced when in Sept.1990, Atlanta was chosen to host the 1996 Summer Olympic Games. He received the Olympic flag at the 1992 valedictory of the Olympic in Barcelona, Spain.

During the second term as Mayor during 1979-1981, Jackson was responsible in helping the Atlanta police to arrest the serial child killer, Wayne Williams. The culprit was sentenced to life and jailed in Telfair State Prison.

Come of the actions of Jackson were criticized: trying to dismiss the white chief of police, John Inman; appointment of A. Reginald Eaves, as Public Safety Commissioner. Maynard Jackson served as a Mayor for three terms.

In 2002, Jackson established the American Voters League to raise the level of participation of voters.

Maynard Jackson married Burnella “Bunnie” Hayes in 1965. They had three children through this marriage: Elizabeth, Brooke, and Maynard III.

She established the First Class Inc, a public relations and marketing firm in Atlanta. They separated after that.

Jackson and Valerie Richardson were married in 1977. The couple had two daughters, Valerie and Alexandra. The marriage lasted for 25 years till Jackson’s death. Valerie Jackson arranged Between the Lines on weekends on FM radio, Atlanta Public Broadcasting station.

Maynard Jackson died of heart failure on June 23, 2003, at a hospital in Arlington, Virginia. He suffered a heart attack when he was at the Ronald Regan Washington Airport.

His remains cremated in Oakland Cemetery in Atlanta.