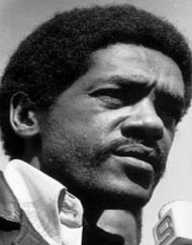 American Black Panther founder and political activist Bobby Seale was born Robert George Seale in Dallas, Texas on the 22 October 1936. The family was impoverished, and his father worked as a carpenter. During his childhood, the family lived in Port Arthur Texas and San Antonia, Texas before relocating to California where they lived in Oakland.

Bobby Seale was a pupil at Oakland High School but left without graduating. After spending three years in the Air Force, Searle enrolled at Oakland City College (1962).

Bobby Seale joined the U.S. Air Force and served for three years before being court-martialed and issued with a bad conduct discharge. He was court-martialed for disobeying an order from a colonel while serving at Ellsworth Air Base, South Dakota. After his release from the U.S. Air Force, Seale returned to College and around this time he joined the Afo-American Association, known as the AAA. It was through the association that he was introduced to fellow student Huey Newton.

Bobby Seale and Newton became disenchanted with the AAA, and the two young men founded the Black Panther Party for Self Defense (1966). One of the stated aims of the Black Panther Party was to stop what they saw as police harassment of African-Americans in Oakland. They encouraged their members to defend themselves and informed them about their legal right to bear arms. Seale and Newton also drew up a manifesto which called for freedom, full employment, decent housing, education and military exemption for African-Americans.

Former Panther Earl Anthony later wrote that the party was also created with the goal of organising an armed revolution in the country. The Black Panther movement grew and soon had chapters in a number of major cities with a membership of over 2000. After a riot at the 1968 Democratic National Convention in Chicago, Seale was charged as one of the Chicago Eight defendants on conspiracy charges and inciting to riot. Seale was sentenced to four years imprisonment for contempt and removed from the case, the Chicago Eight, therefore, becoming known as the Chicago Seven.

Bobby Seale's behaviour in court caused the judge to have him bound and gagged. This led to songwriter and singer Graham Nash later writing the protest anthem Chicago. Seale faced another charge relating to the New Haven Black Panther trials (1970), but charges were dropped. He was released from prison in 1972.

In 1973, Bobby Seale renounced violence. He ran for Mayor of Oakland, California (1973) but lost to Mayor John Reading, although he received a substantial number of votes. He wrote an autobiography, A Lonely Rage (1978) as well as a cookbook Barbeque’n Bobby Seale.

Beginning in 2002, Bobby Seale worked with Reach!, an organisation dealing with youth education. He also taught at Temple University, Philadelphia where he lectured on black studies. In 2016, he had a book published, Power to the People: The World of the Black Panthers.