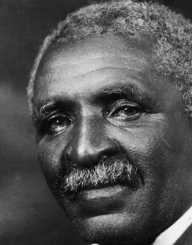 Harold Lee Washington was an American lawyer and politician who became the first African-American to serve as a Mayor of Chicago. Born on April 15, 1922, he was the 41st Mayor of Chicago serving from April 29, 1983, until his death on November 25, 1987. In January 1981, Washington won an election to the United States House of Representatives from Illinois first district.

He served until 1983 when he became the Mayor of Chicago. Before reaching that office, he was a member of the Illinois State Senate and later at the Illinois House of Representatives from 1965 to 1976.

Harold Washington was born to Bertha and Roy Washington on April 15, 1922, at Cook County Hospital in Chicago, Illinois. His parents divorced in 1928 after Bertha left the family to pursue a career as a singer.

Harold Washington had three other siblings including Roy Jr., Edward, and Geneva. However after his mother remarried, she gave birth to seven more children including future curator Ramon Price. Washinton grew up in Bronzeville, Chicago. He lived with his father.

Harold Washington received early education at St. Benedict the Moor Boarding School in Milwaukee from 1928 to 1932. He then attended the racially segregated DuSable High School, becoming a member of the first graduating class. He was a sportsman and took part in athletics. Washington later dropped out of school because the coursework was not challenging.

After quitting school, he worked at a meatpacking plant and with the help of his father had a job at the US Treasury branch in Chicago. After his service in the military, Washington enrolled at the Roosevelt College (currently Roosevelt University) where he was a member of the Phi Beta Sigma fraternity. He graduated with a Bachelor of Arts degree in 1949.

Harold Washington later enrolled at the Northwestern University School of Law, Chicago to pursue law. He earned his Jury Doctor in 1952.

After his training, he joined the racially segregated unit of the US Army Air Corps unit of Engineers who were sent overseas. He rose to the rank of First Sergeant in the Army Air Corps. He was discharged in 1946.

In 1965, Harold Washington was elected to the Illinois House of Representative on the ticket of the Democratic Party. Washington was independent-minded, and that drew tension between him and the Democratic Party leaders. The Independent Voters of Illinois ranked him as the fourth most independent legislator in the Illinois House of Representatives in 1967. He served until 1976.

Illinois Senate and others

Harold Washington won elections to the Illinois Senate in 1976. During his tenure, he made efforts for the passage of the Illinois Human Rights Acts that sought to among other things; eliminate discrimination based on one’s race, sex, color, marital status, and national origin. The bill was not passed as at July 1979, when the house adjourned.

During his tenure, Harold Washington supported legislation to expand the Voting Right Act. He spoke extensively on it and contributed to debates on it the bill until it was successfully passed. He was re-elected to the House in 1983.

In 1983, Washington set his eye on the Chicago mayoral position. He won the Democratic mayoral primary to become the candidate. Despite the Chicago being heavily dominated by the Democrats, and winning the primary automatically meant he would become the mayor, some high ranking Democrats threw their support for the Republican candidate Bernard Epton.

Nonetheless, Harold Washington passed the test by defeating Upton to become the Mayor of Chicago. He was sworn into office on April 29, 1983. He resigned from his Congressional Seat the following day. His tenure was marked by several conflicts with the city council, which came to be known as the Council Wars. He created Chicago’s first environmental-affairs department, which was managed by longtime Great Lakes environmentalist Lee Botts. Harold Washington was re-elected into office on April 7, 1987.

At the age of 19, Harold Washington married Dorothy Finch who was two years his junior. The two met when Harold was working at the US Treasury branch in Chicago. Their marriage could not stand the test of time leading to their divorce.

Harold Washington did not marry again but was involved in several relationships including dating Mary Ella Smith for 20 years. On November 25, 1987, during a discussion with Washington press secretary, Alton Miller, Harold suddenly fell from his desk and went unconscious. The Chicago Fire Department paramedics were immediately called but were unable to revive him.

Harold Washington was therefore rushed to the Northwestern Memorial Hospital where he was pronounced dead after several failed attempts to revive him. His funeral service was held on November 30, 1987, at Christ Universal Temple at 119th Street and Ashland Avenue in Chicago. Harold Washington was buried in Oak Woods Cemetery on the South Side of Chicago.