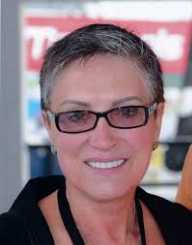 Shirley Muldowney known in the professional circles as “Cha Cha” is an auto racer. Born on June 19, 1940, she became the first person to win three Top Fuel titles. Also known as, “First Lady of Drag Racing,” Muldowney is the first female Top Fuel dragster driver licensed by the National Hot Rod Association (NHRA). She is a three-time NHRA Top Fuel champion, winning in 1977, 1980, and 1982. Throughout her career, Muldowney won 18 NHRA national events.

Shirley Muldowney was born Shirley Ann Roque in Burlington, Vermont on June 19, 1940. She was born to Mae Rogue and Belgium Benedict. The family later moved to Schenectady, New York, where she grew up.

Shirley fell in love with street racing at a young age and therefore had little or no interest in education. She would eventually drop out of school to pursue her passion.

Shirley Muldowney married car race enthusiast and mechanic, Jack Muldowney, when she was 16 years. Jack taught her how to drive. The marriage even sparked her interest in racing. After teaching her to drive, Jack then started building her cars with higher speed including her first dragster.

This would ultimately give her the edge to compete in the male-dominated sports. The couple divorced in 1972, after some disagreements over Shirley’s career. They had a son John Muldowney.

Shirley Muldowney made a career debut competing on the dragstrip of the Fonda Speedway in 1958. In 1965, she received a National Hot Rod Association (NHRA) pro license, becoming the first woman to achieve that. Achieving this feat was very difficult as a woman as she met several oppositions who believed drag racing was a preserve for men.

She went on to compete in the 1969 and 1970 US nationals in Top Gas using a twin-engine. Muldowney made a quick entry into Funny Car when Top Gas began declining in popularity. She purchased her first funny car from Connie Kalitta.

The year 1071 became a great year for Shirley Muldowney, ushering her into the winning path. That year, she won the International Hot Rod Association Southern Nationals. Being ambitious and poised to achieve more, she made a move to the Top Fuel, obtaining a license in 1973.

She became the first woman to accomplish that feat. Muldowney and Kalitta joined forces to become Bounty Hunter and Bounty Huntress team in match races from 1973 to 1977. Muldowney became a strong contender to beat in the NHRA Top Fuel. She set a record becoming the first person to win NHRA Top Fuel Dragster world championships three times, in 1977, 1980, and 1982.

In 1984, Shirley Muldowney suffered a severe crash in Montreal caused by a wheel malfunction. The vehicle she was using went out of control for about 600 feet. The accident resulted in serious legs, hands, and pelvic injuries, and had to endure extensive and painful operations.

She underwent about 18-month rehabilitation, during which several fans showed her great love through letters. Highly resolved and with a passion for the racing profession, Muldowney made a comeback in 1986. Three years later, she won the NHIRA National title. She raced in the IHRA in addition to match racing events throughout the 1990s. She finally retired from the sport in 2006.

Shirley Muldowney's second marriage was to Rahn Tobler in 1988. This marriage also ended in divorce in 2006. She received a diagnosis of lung cancer in 2016 and later of histoplasmosis.

Shirley Muldowney is the subject of the biopic Heart Like a Wheel, starring Bonnie Bedelia. It is about her personal life and career.