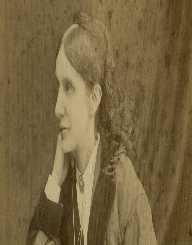 Josephine Elizabeth Butler was born on 13 April 1828, in Millfield, Northumberland, United Kingdom. Her father John Grey was a specialist in agricultural technique and also a landowner. He was a cousin of the former British Prime Minister Charles Grey. Josephine was the seventh of the nine children and the fourth among the daughters. She was from a respectable family and enjoyed a quiet, impressive and satisfactory lifestyle during her childhood.

They moved to Dilston, near Corbridge, Northumberland after Josephine’s father was appointed Manager of the Greenwich Hospital Estates, Dilston. Josephine Butler grew up happily in a countryside home in Dilston. Her mother Hannah Eliza Annett tutored her in the house and gave her the necessary elementary education. After being homeschooled by her mother, Josephine went to a boarding school in Newcastle upon Tyne for two years and completed her schooling from there.

Josephine Butler inherited a socially conscious and philanthropic mindset from an early age. Her family members were diehard supporters of anti-slavery campaigns. Her father often narrated the inhuman story of torture and atrocities inflicted upon the humans sold as slaves by their tormentors, the affluent people who owned them. Josephine also heard the appalling story of the female slaves who were used as sex slaves and thrown out to fend for themselves after being impregnated. Gradually, she became passionate about her family’s legacy of reform and took the mantle on her shoulder to make the social awareness campaign march forward.

At the tender age of 17, Josephine Butler went through a religious crisis. She happened to saw the dead body of a suicide victim while riding through the countryside. It was the resultant disillusionment regarding the usual Christian rituals which became the cause of concern. She turned against the Church and started believing that she could directly speak to God. She experienced another terrible incident while visiting her brother in County Laois, Ireland. It was the summer of 1847, and the region was reeling under the height of a great famine. The sufferings of the people of the area were at its worst and Josephine was an unwilling witness to such gross and widespread violation of human rights. The incident had an everlasting impression on her life and career.

Josephine Butler eventually became the most distinguished social reformer and feminist of the nineteenth century. She married George Butler in January 1852. George Butler was a fellow of Exeter College, Oxford. They shared the same views about many issues like the need to abolish slavery, equal rights for men and women, education and upliftment of prostitutes and the socially deprived section of the society and many more socially relevant issues.

In 1866, George moved to Liverpool after being appointed as the Headmaster of Liverpool College. Josephine Butler went to Liverpool's Brownlow Hill workhouse for a visit and was shocked and dismayed after observing the horrific living conditions of the women residing there. She worked with full dedication and focused on finding a safer alternative residence for the inmates. She felt so deeply for them that she ended up sheltering some of them in her own home. The women were mostly prostitutes and Josephine, with active support from her husband, found a House of Rest and an Industrial Home to provide the women with a decent means of income. She also founded the North of England Council for Promoting the Higher Education of women along with Anne Jemima Clough and became the President of the organization.

According to the provisions of Contagious Diseases Act of 1860, a police officer was entitled to arrest prostitutes and then forcibly subject them to compulsory physical check for venereal diseases. Josephine Butler related the Act with surgical or steel rape and vigorously campaigned for the abolishment of the Act. The Act was abolished in the year 1886 following sustained agitation by Josephine and other similar groups of organizations. She even formed an International Abolitionist Federation, a pan-European organization to fight similar laws in the continent.

In 1875, Josephine Butler became the joint secretary of The British and Continental Federation for the Abolition of Government Regulation of Prostitution. After that, she further focused her energy and attention towards child prostitution and human trafficking. To her utter shock and dismay, she found that girl children as young as 12 were being trafficked from England to other parts of the continent for being used as sex slaves. An intense campaign against such child prostitution and human trafficking saw the removal of the head of the Belgian Police. The deputy head of the Belgian Police and 12 brothel owners, who were all involved in the trade were arrested, put under trial and imprisoned after being convicted.

The campaigning editor of ‘Pall Mall Gazette,’ William Thomas Stead showed the evil face of child prostitution by purchasing a 13-year-old girl from her mother for a paltry sum of five pounds. The furor that surfaced over the dramatic incident led to the Criminal Law Amendment Act 1885, by which the age for consenting to sex was raised from 13 to 16. Various other measures were also incorporated to prevent children from being dragged into prostitution. The law was applicable only to the citizens of the United Kingdom comprising Great Britain and Ireland.

Josephine Butler, in her effort to reach out, further went to Switzerland and France to help develop international awareness regarding the problems faced by the socially deprived women of the society. Many organizations stood by her making sure about their respective state governments follow the new regulation of prostitution and child trafficking.

Josephine Butler was an accomplished writer proficient in English as well as in French and Italian. She wrote more than 90 books and pamphlets mostly in support of her campaigning throughout her career. George Butler moved to Winchester in 1882, when he became a Canon of Winchester Cathedral after his retirement from the Liverpool College. Josephine in her indomitable spirit continued to campaign for various social causes.

Josephine married George Butler in January 1852. The couple was blessed with four children. Unfortunately, her youngest child Eva died in 1863 after falling from the top of the staircase of their house. The incident left a deep and profound impact on her.

Josephine Butler breathed her last on December 30, 1906, in Wooler, Northumberland.