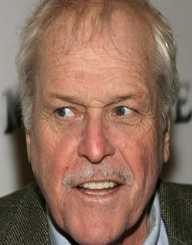 Actor Brian Dennehy was born on the 9 July 1938 in Bridgeport, Connecticut.

Brian Dennehy served in the U.S. Marine Corps before focusing on a career in acting. He did various jobs to support himself including working as a truck driver and waiter. In the 1970s he appeared in television shows, Lou Grant, M*A*S*H* and Lou Grant.

On Broadway Brian Dennehy has acted in Desire Under the Elms, Inherit the Wind, Long Day’s Journey into Night and Death of a Salesman. He has also appeared off-Broadway in various productions including Conversations in Tusculum and The Cherry Orchard. He has acted at the Stratford Shakespeare Festival in Stratford, Ontario in multiple productions including Shakespeare’s Twelfth Night. In London’s West End, he was in Death of a Salesman which won him a Laurence Olivier Award for Best Actor. In 2014, he was on Broadway in Love Letter (2014) alongside Mia Farrow.

Brian Dennehy was married to Judith Scheff from 1959 until 1974. He married Jennifer Arnott in 1988. He has three children, including daughter Elizabeth (b.1957) who is an actress.