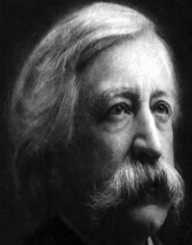 Melville Weston Fuller was born on February 11, 1833. He was a politician and a lawyer. He was also a judge. He was the 8th Chief Justice of the United States. He died on July 1, 1910, at the age of seventy seven in Maine in the United States of America.

Melville Weston Fuller was born on February 11, 1833, in Augusta in Maine in the United States of America. He was born to Catherine Martin Fuller and Frederick Augustus Fuller. He came from a family of judges. His parents divorced while he was young. He was raised by his maternal grandfather, Nathan Weston who was a judge. He attended Harvard College. He only attended the college for one year and then transferred to Bowdoin College.

In 1853, he graduated from the college. He later joined the Harvard Law School where he studied for six months. In 1855, he left the college before graduating. He then was taught law by his uncle. In 1855, he formed a partnership with his uncle. He later became an editor of ‘The Age’ in Maine. He, later on, moved to Chicago. In 1860, he was the manager of Stephen Douglas’ presidential campaign.

The first case Melville Fuller argued before the Supreme Court of Illinois was Beach Versus Derby which made him popular among the people. He became a well-respected lawyer in Chicago. He later appeared before the United States Supreme Court in the case of Traders’ Bank Versus Campbell which made him more popular. In 1863, he became a member of the Illinois House of Representatives, a post he held up to 1865. He was also a delegate to several conventions in 1862, 1864, 1872, 1876 and 1880. In 1886, he became the President of the Illinois State Bar Association.

In 1888, Melville Fuller became the 8th Chief Justice of the United States. While he was the Chief Justice, he oversaw cases such as Caldwell Versus Texas, Plessy Versus Ferguson, Pollock Versus Farmers’ Loan & Trust Company, United States Versus E.C Knight Co. and Gonzales Versus Williams among others. In 1893, he became the Secretary of State. In 1899, he served on the Arbitration Commission in Paris, France. The commission was established for purposes of resolving a boundary dispute between Venezuela and the United Kingdom.

In 1858, Melville Fuller married Calista Reynolds, but she died in 1864. In 1866, he married his second wife, Mary Coolbaugh. Melville Fuller has a total of six children. He died on July 4, 1910, at the age of seventy seven in Maine in the United States of America. His remains were interred at Graceland Cemetery.

When Melville Fuller served as the Chief Justice of the United States, Fuller administered the Oath of Office to Presidents, Benjamin Harrison, William Howard Taft, Theodore Roosevelt, Grover Cleveland, and William McKinley. To date, he is remembered for all the contributions he made to the civil system and criminal justice system in the United States of America.