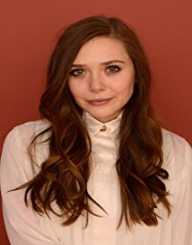 Ashley Fuller Olsen was born on 13th June 1986, to David and Jarnette Olsen. Her father is a mortgage banker and real estate developer, her mother a personal manager. Ashley Olsen was born in California, in the United States, and has a twin sister, Mary-Kate. She has an older brother, Trent, and a younger sister, Elizabeth. She also has two younger half-brothers, Taylor and Jake. Her sister Elizabeth has followed in the footsteps of her older sisters and is also an actress.

Ashley Olsen's parents divorced in 1996 when she was around ten years old.

Ashley Olsen graduated from high school and then decided to do university at New York University where she started in 2005.

Ashley Olsen and her identical twin, Mary-Kate, started their television career at just nine months old. They shared the role of Michelle Tanner on the television series Full House. The show ran for eight years, from 1987 to 1995, with the girls growing up before the eyes of the world.

After Full House finished, Ashley Olsen did a series of movies that were made for video release, and through the videos, became hugely popular in the late 1990s with young preteen girls. Due to her popularity, Olsen cashed in on merchandise, and her image was associated with clothes, books, posters, fragrances, and other products.

In 2000 Mattel released a fashion doll of Olsen and the dolls sold until 2005, topped only by Barbie.

2004 saw Ashley Fuller Olsen and her sister become co-presidents of their company, Dualstar. They are currently selling into more than 5,000 stores in the United States and internationally. Their combined worth is estimated at 300 million dollars.

Ashley Fuller Olsen and her sister continued their acting career for several years, but in 2012 decided to leave acting behind them and move into the fashion scene.

The girls have several fashion brands together. Mary-Kate and Ashley: Real Fashion for Real Girls, is targeted at 4 to 14-year-olds, and can be found in Wal-Mart stores.

In 2005 Ashley Olsen began toying with the idea of designing the ‘perfect’ t-shirt. By 2006, there was a full range of clothing including resort wear, as well as accessories. The label is called The Row.

As well as The Row, Ashley Olsen and her sister, Mary-Kate, have labels such as Elizabeth and James, Olsenboye, and StyleMint.

In 2013, the Elizabeth and James brand ventured into fragrance, with the release of its first perfume.

In 2015, a deal was done with Nickelodeon, who acquired the rights to the video library of the Olsen twins.

In conjunction with her sister, Olsen has published over 150 books, and up to 2004 had appeared in over 30 television movies, television series and videos, including video series.

Between 1989 and 1999, between the Young Artist Awards and Kids’ Choice Awards, Ashley  Olsen and her sister were nominated for seven awards and won six of them.

From 2012 to 2016, The Row fashion brand was nominated seven times for awards by the Council of Fashion Designers of America, and one four times.

In 2011, Ashley Olsen and her sister worked on two ideas for charity. The first was a change purse, designed through the Olsenboye range, and the money was donated to Pennies from Heaven.

They also worked with TOMS Shoes and designed footwear for children without shoes which went into over 20 countries.