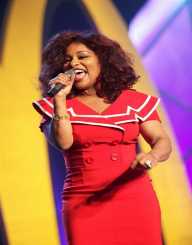 Chaka Kahn was a pupil at Calumet High School as well as the Kenwood Academy but left high school in 1969 without graduating.

Chaka Kahn was interested in music from a young age and started singing in a group with her sister when she was eleven. Their first team was the Shades of Black, and they later formed the Crystallettes. After leaving the school, she joined Life and around this time met Hassan Khan who became her boyfriend.

When James Ramey of Baby Huey and the Babysitters died of a drug-related heart attack in 1970, Khan was asked to join them. She sang with them for a year before the group folded. Later in 1972, members of Rufus saw her singing and invited her to sing with them. She did so, and around the same time she married Hassan Khan and changed her name. Rufus signed with ABC Records in 1973 and released their first album which was moderately successful. Then in 1974, they recorded Rags to Rufus and this album was widely acclaimed. The album contained the hit Tell Me Something Good and the band won a Grammy award. The group eventually changed their name to Rufus & Chaka Khan.

In 1978 Chaka Kahn recorded a solo album which contained the hit I’m Every Woman. Her second album, Naughty was also a success, and she won her first Grammy as a solo artist. Kahn recorded I Feel for You, it reached number five on the charts, and she won another Grammy in 1984. Khan continued recording hits throughout the 1980s and 1990s with songs such as This is My Night, Got to be There, Can’t Stop the Street and Love you All my Lifetime.

As well as her singing career, Khan is an actress. She was in the musical Mama; I want to Sing.

In 2002 Chaka Kahn won her eighth Grammy For What’s Going on, a Marvin Gaye classic. In 2004 she released an album ClassiKhan which she had recorded with the London Symphony Orchestra. Khan acted on Broadway for the first time when the played the role of Sofia in a musical adaption of The Color Purple, Alice Walker’s award-winning novel.

Funk, This was released in 2007 and Khan still does live concerts. Her latest single was I love Myself (2016).

In her autobiography, Chaka! Through the Fire, she was open about her drug problems and also discussed issues she had experienced in various relationships. 2002.

Over a long career, Chaka Kahn sold over 70 million records, won ten Grammys and numerous other awards and nominations. Starting with Rufus, she won four gold singles, two platinum albums, and four gold albums. Then as a solo artist, she had three gold singles, one platinum album, and three gold albums. Kahn has the distinction of having being nominated inducted into the Rock and Roll Hall of Fame twice. Once as a member of Rufus and once for her achievements. In 2011, she was given a star on the Hollywood Walk of Fame.

In 1970 Chaka Kahn married Hassan Khan. The marriage did not last long, and after they divorced in 1971, she entered into a relationship with Rahsaan Morris. The couple had a daughter together Milani, before separating. She married Richard Holland in 1976, and they had a son, Damian and later divorced. Khan moved to London and owned a house in West Hampstead for thirty years, which she sold in 2013.

Chaka Kahn has been married record producer Doug Rasheed since 2001.

Khan’s son Damien accidentally shot a friend when a gun discharged during an altercation in Khan’s home. In 2006 he was found not guilty. In 2015, Damian was arrested in for theft of a motor vehicle.

After the death of Prince, Khan entered into rehab for prescription drug addiction. Her sister Yvonne joined her, and they both said that Prince’s untimely death had motivated them to do so.

Chaka Kahn was raised in a Roman Catholic family.

Chaka Kahn has Type-2 Diabetes. To help combat her health problems, she eats a plant-based diet. Over the years she has suffered from substance abuse issues including alcoholism and difficulties with heroin.