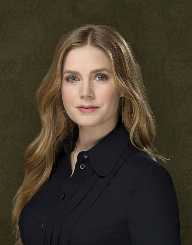 Amy Adams is an American actress who is known for her outstanding body of work over the course of her career.  She was formerly a singer as well as a ballet dancer. She, however, dropped ballet to concentrate much on her dancing career. Initially, she chose to work hard at dance theater before she later went into the movie industry. Her movie career was not rosy at first. Amy Adams was a struggling actress at the start of her career. However, she struck gold when she struck a deal with Disney Movies. She is a great actress with many portfolios.

Amy Adams was born on the 20th day of August 1974 into the family of seven. Her Father is Richard Adams while her Mother is Kathryn Adams. She was given birth to in the city of Vicenza in Italy. Her father is an employee of the US Army who was posted to Italy at that time. Her two parents were Americans, and she’s endowed with four brothers and two sisters. In her early childhood, she experienced a lot of locations in Italy due to her parent's movement around Italy. In 1982, at age eight, her family returned to America. There, Castle Rock in Colorado became the family harbor.

Amy Adams got admitted into the Douglas County High School. Her interest was so much drawn to choir music as well as ballet dance at a very tender age. She enrolled herself in a dance company while she was a kid. She forwent her love for an athlete for performing arts. Things changed when she decided to live with her mother at age 11 after her parents divorced. Amy Adams chose not to pursue her college degree but to hone her musical theater skills. She enrolled herself in a musical theater dropping her interest in ballet. She took all her expenses by herself and worked for Gap as a store employee before working for Hooters.

As at the middle of 1995, Amy Adams has worked as a dancer in some theater companies. She worked in some theaters and playhouses in Minnesota and Colorado. She debuted her role in the comedy Drop Dead Gorgeous. She was later encouraged by a co-star Kirstie Alley to relocate to Los Angeles and audition for more roles. Amy Adams got herself on a FOX television series, but it was shortlived. As at the end of 200, Amy started acting in numerous popular TV series including the notable films, “The West Wing” and “Buffy the Vampire Slayer” and a host of others. She got her career launched in Catch Me If You Can (2002). However, she got her breakthrough when she starred in Junebug.

Amy Adams got herself a lead role in a fantasy musical movie, Enchanted. This movie portrays a Disney Cartoon songstress who enters into a three-dimensional world. She received a supporting actress Oscar nomination for her performance as a nun in the 2008’s Doubt. In the following year, Amy Adams starred as a young and aspiring cook in Julie & Julia. The film was popular and wide acclaimed. The movie grossed nearly $130 million at the global box office. As from then, Amy has been getting more recognition as well as acting jobs.

Amy Adams keeps getting the nods of the audience as to her roles in movies. She got a lot of acclaims and even earned an additional Academy Award nominations for her roles in The Fighter. She worked in a lot of well-acclaimed movies including the “Leap Year.” In fact, her main work got her numerous reviews as well as a nomination for the Best Supporting Actress. She was also part of the ensemble cast of the film American Hustle. There, she acted as a con artist, and this earned her another award. More accolades are accrued to her due to the numerous superb roles she takes.

Her famous work which got her nominated for an Academy Awards for the first time is “Enchanted.” She was so much in love with it as it brought a great accolade to her. However, as an actor, her main role in “American Hustle” is important for her. This is because she has some awards for it.

Amy Adams has some awards. She won two Golden Globe Awards – Best Supporting Actress and Best Actress. She, however, was not unlucky with Academy Award as she was nominated four times without winning anything.

Amy Adams got married Darren de Gallo in 2015 after a 14-year relationship. She gave birth to a daughter in 2010. She has an estimated net worth of $35 million.