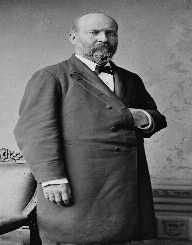 Richard Henry Dana was born in August 1, 1815. He was a lawyer and an author. He fought for the rights of the poor who were not accorded fair judicial proceedings. He also contributed a lot on the abolition of slave trade. He always felt what the common people were going through as they struggled through life. He tried politics but he was not good in politics as he was good in law.

Richard Henry Dana was born on August 1, 1815, in Cambridge, Massachusetts. He was born to Richard Henry Dana Senior and his wife. He father was a critic and a poet. In school, he was under Samuel Barrett who was his schoolmaster. In 1825, he joined a private school where he was under Ralph Waldo Emerson. He lacked discipline while growing up. In 1831, he joined Harvard College. As a student, he was involved in a protest and was thus suspended for six months. His version worsened in his days in school because he was suffering from ophthalmia.  He took sail in order to improve his eyesight and so in 1834 he was aboard the ‘Pilgrim’ that set sail to California. In 1836, he returned from his voyage a changed man with a new insight into life. He resumed his studies at Harvard University where he graduated from in 1837.

I 1840, he got admitted to the bar, and so he became a lawyer. Richard specialized in maritime law as he wanted to help sailors in legal matters. He came to be given the name Seaman’s champion. In the same year, he published his book ‘Two Year before the Mast’ which was about his trip to California. In 1841, he published his second book ‘The Seaman’s Friend.’ The book contained the rights and responsibilities of sailors under the law. In 1848, he assisted in founding the Anti Slavery Free Soil Party which was against slavery.

In 1854, Richard represented the fugitive slave Anthony Burns in Boston. He was not popular among the masses because of his support of the abolition of slavery. He later traveled to Cuba, and on his return, he published the book ‘To Cuba and Back’ in 1859. He served as the United States of America attorney during the American Civil War. He won the case of Amy Warwick to block the Confederate ports. In 1867, he became a member of the Massachusetts Legislature, a post that he held until 1868. In 1877, he was among the counsel members of the Government of the United States.

In 1841, he married Sara Watson with whom he had five children, four daughters, and one son. His son, Richard Dana III was also a lawyer and reformer. In 1878, he retired from practicing law. He dedicated the rest of his life in traveling and studying. In 1881, he moved to Rome with his family. He died on January 6, 1882, of Influenza in Rome. He died at the age of sixty seven.

Richard was buried in Rome’s Protestant Cemetery. Dana Point in California has been named after him. Schools that have been named after him include Richard Henry Dana Middle School in Arcadia, California and Richard Henry Dana Elementary School in Dana Point. He let a legacy that intrigues so many people as he fought for the rights of the poor and common people in society. He is also greatly appreciated for his arguments on the abolition of slave trade. His book ‘Two Years before the Mast’ is presently considered as a classic. The book illustrates the encounter Dana had at sea.