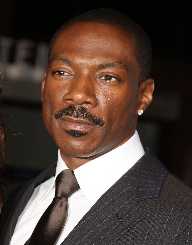 Edward Regan Murphy defines comedy and action industry at its best. He has started in famous films like Trading Places, Orbit as well as voicing the Shrek series. He comes with an aptitude for humor and inspiring genre. Right from his childhood days, Eddie loved to impersonate other actors. He was an intelligent and determined child who wanted nothing but to become a stand-up comedian.

He is also known for his unpredictable life and having more than seven children with different partners. But his legit fame won the hearts of fans as he continued to climb the ladder with distinguished awards.

On 3rd April 1961, Eddie Murphy was born to Edwards and Lilian Murphy in Brooklyn, New York. At the age of three, his parents separated, and his father died at the age of five. Afterward, his mother became very sick and was forced to live in a nearby foster care for one year with his brother, Charlie. At the age of nine, Eddie’s mother married a foreman called Vernon Lynch. They later moved to the African-American suburb along the Long Island.

Eddie loved to watch comedies and started to copy different characters such as Bullwinkle and Bugs Bunny. His humorous nature made him the most famous recognition in his graduating class. He later went to Nassau Community College. During his free time, he used to work at a local shoe store. To improve his acting skills, Eddie arranged in the evening to perform at local bar and clubs.

In the mid of 1982, Eddie Murphy landed his first role in ’48 Hours’ film together with Nick Nolte. Luckily, it made a high hit that he appeared in another successful movie called ‘Trading Places’ in 1983.From 1984 to 1987 Eddie received a Golden Globe Award for his remarkable stance in ‘Beverly Hills Cop1’ and ‘Beverly Hill Cop II.'He later came to let go of his humor for a little bit and took a romantic role in ‘Coming to America’ in 1988.

He opted to take a short break after ‘Another 48 Hours’ film was a miss. He returned with more zeal and energy, but the movies he played didn’t surpass as he had expected. Being a never give up soul; he appeared in ‘The Nutty Professor’ which brought positive remarks. This encouraged him as he continued to play different roles in various films such as Tower Heist in 2011, Meet Dave in 2008, Imagine that in 2009 and Dreamgirls in 2006 which he received more recognition and awards.

Eddie Murphy dated different women in his life, and he currently has nine children. He dated Tamara Hood and had a son called Christian Murphy; Paulette McNeely also has Eddie’s son named Eric Murphy. In 1993 Murphy married Nicole Mitchell, the lawyer. The couple has five children, but they later divorced after thirteen years. He went back and dated Melanie Brown and had a daughter called Angel Murphy.

Early 2008 Murphy again married Tracey Edmonds on a private Island. The couple had planned to have a public ceremony that never came to pass. They parted ways, and Eddie later went to date an actress, Paige Butcher who got a bouncing baby girl in May 2016 called Izzy Murphy. The good thing is that Eddie spends the most time with his children no matter the distance and fame.