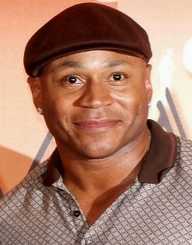 James Todd Smith was born on January 14, 1968. LL Cool J is the professional nickname he is referred to as to mean "Ladies Love Cool James.” His roles include acting, rapping, entrepreneurship, and writing. His reputations precede his contribution as one of the forefathers of pop rap as his music has gained more recognition.

LL Cool J was born James Todd Smith on January 14, 1968, in Bay Shore, New York. His father, James Louis Smith, and had married his mother, Ondrea Griffeth. The Treacherous Three was the hip-hop group, which influenced Smith to start rapping at the age of nine. His father shot his mother and grandfather when he was four years. His mother dated a physical therapist, Roscoe, who used to abuse Smith. Ondrea broke up with him after finding the truth, which had made Smith a bully, and he started wearing hats, which have been his signature statement until recent.

LL Cool J used to create demo tapes in his grandparent’s house. He was blessed to have a grandfather who understood music since he was a jazz saxophonist. The grandfather had bought home equipment worth $2000, which included a pair of a turntable, an audio mixer, and an amplifier. He uses this equipment by age 11 when he used to write lyrics and make his songs.

He made demos with this equipment and sent them to record companies, which included Def Jam, which Russell Simmons had just formed in 1984 with Rick Rubin. When he was 14 years old, Smith almost called himself J-Ski in which ‘Ski’ associated with cocaine culture.  Def Jam signed Smith under his stage name, LL Cool J an abbreviation of Ladies Love Cool James which he had come up with his best friend.

In his year of signing,1984, LL Cool J performed in a concert in Manhattan Center High School and also released "I Need a Beat," a 12 inch single as his first official record. Girls screamed for his autograph, and this is where he decided to take his career to a new level. This single sold over 100,000 copies making a firm foundation for Def Jam and Smith’s career.

LL Cool J dropped out of school and focused on his debut album, Radio that was released in 1985 selling more than 1.5 million copies. He introduced himself to the acting career starring in the film, Krush Groove. In 1989, he released a commercial hit album, walking with a Panther, but fans criticized it for being too soft. He was the lead actor in the 1995 film, Out-of-Sync and it introduced him to NBC-TV, which enrolled him for a part in the In the House show, which broadcasted until 1999.

In 1987, LL Cool J released a successful album, Bigger and Deffer selling more than 3 million copies. He later consoled the fans by releasing, Mama said Knock You Out, in 1990, which sold 2.7 million copies and was his most significant success in his career. Smith was inspired by Michael Jackson’s song ‘The Lady in my Life,’ and he released a commercial hit album in 1996, Mr. Smith that grossed 2million copies in sales. In 1993, Smith was one of the performers in President Bill Clinton’s inauguration. In the same year, he started his own music label company called ‘Power of God’ and a production company named ‘Rock The Bells’.

In 1992, LL Cool J won the Best Rap Solo Performance in the Grammy Awards for the song "Mama Said Knock You Out” which also won the MTV awards for the best rap video in 1991. He won his second Grammy in 1997 through his song "Hey Lover." He won two MTV awards. Bigger and Deffer won the 1988 Best Rap Album category in Soul Train Music Awards. His career in acting won him the Favorite Supporting Actor – Action category in Blockbuster Entertainment Award in the movie, Deep Blue Sea, in the year 2000.

LL Cool J achieved mainstream success and thus became one of the first hip-hop acts among Kurtis Blow and Run-D.M.C because of his hit singles I Need a Beat and the Radio. LL Cool J. Radio's fame performed the first hip hop act on American Bandstand contributed to the switch of old school hip hop to new school hip hop. His career is a success, and he was mentioned in the 2015 Straight Outta Compton biopic. Smith J married Simone Smith in 1995 and they were blessed with four children.