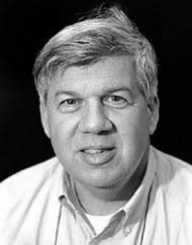 Stephen Jay Gould was born 10th September 1941, to Leonard and Eleanor Gould. He was born in Queens, New York, in the United States. Gould’s father was a court stenographer, his mother an artist, and he had a younger brother. At the age of five, he travelled to the American Museum of Natural History with his father. Upon visiting the Hall of Dinosaurs, Gould decided at that moment, that he was going to be a paleontologist when he grew up.

He studied at Jamaica High School, and after graduation, enrolled at Antioch College. While at college, Gould was involved with the civil rights movement, advocating for social justice, including the advancement of equality for blacks. He graduated from Antioch College in 1963, with degrees in both geology and philosophy.

In 1967, Stephen Jay Gould went to Columbia University to complete his graduate work. As soon as he was finished, he was offered a role at Harvard University, where he began in 1967. Gould worked at Harvard until his death in 2002. He was promoted to Professor of Geology and Curator of Invertebrate Paleontology in 1973.

In 1982, Gould was bestowed with the title, Alexander Agassiz Professor of Zoology. The American Association for the Advancement of Science awarded him with a fellowship 12 months later. In 1996, New York University invited him to take up the position of Vincent Astor Visiting Research Professor of Biology, which he did. From that time, he worked between both New York University and Harvard.

Stephen Jay Gould worked with a colleague, Niles Eldredge at the start of his career, to develop a theory called punctuated equilibrium. As is usually the case in scientific circles when new work is introduced, some scientists agreed with the theory, some argued against it. He made many significant contributions to various facets of science and study, including, evolutionary developmental biology, selectionism and sociobiology, and the evolutionary process. Interestingly, Gould did most of his research using land snails.

Evolutional theory became Gould’s specialty, and even today, he is one of the most quoted scientists in his field. His essays were published in Natural History magazine, and his writings on evolution were very popular and helped him establish his name in science. The articles ran from January 1974 to 2001 and amounted to 300.

In addition to his prolific writing, Gould also made regular television appearances. He was on shows including, The Today Show, Crossfire and Charlie Rose. He was acknowledged as having nearly 500 papers reviewed by peers, and his 300 essays. He not only wrote books, but he also edited them, and there are at least 30 publications that he has written or been involved in.

Stephen Jay Gould won many awards, including the following:

2008:   Darwin-Wallace Medal by the Linnean Society of London

In 1965, Stephen Jay Gould married Deborah Lee, an artist. The couple had two sons, but they were divorced in 1995. In 1995, Gould’s second marriage was to Rhonda Roland Shearer, an artist.

Gould was first diagnosed with cancer in 1982. It was cancer of the abdominal lining, generally linked with asbestos. He made a full recovery with treatment, but in 2002, he was found to have cancer in his lungs, brain, spleen, and liver. He died on 20th May 2002.