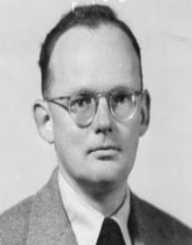 George Heard Hamilton was born 23rd June 1910, in Pittsburgh, Pennsylvania, in the United States. He studied history, and he had a keen interest in the medieval era, as well as art.

Hamilton attained his Bachelor of Arts degree in 1932. He followed with his Masters in 1934, and then his Doctorate in 1942. He earned his degrees at Yale University.

In 1934, Hamilton began his career in the Walters Art Gallery. He returned to New Haven in 1936, and he joined the staff at Yale. Hamilton remained on the faculty at Yale until 1966. Hamilton also joined Cambridge University in 1971 as a professor, while still lecturing at Yale.

In 1966, the Sterling and Francine Clark Art Institute employed Hamilton as the Director. He remained in the position until 1977. Hamilton published several books during his career. These include, The Art and Architecture of Russia, and Painting and Sculpture in Europe.

Hamilton won the Guggenheim Fellowship for Humanities in both the U.S. and Canada.