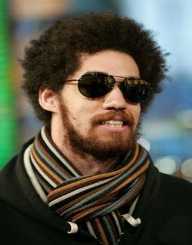 Danger Mouse has been in love with music for nearly all of his life. When he was attending college classes, he started to record and release his own songs. At this time, he was releasing music under the name Pelican City. He released two albums with this band: The Chilling Effect (1999) and Rhode Island (2000). After college, Danger Mouse left the United States so he could travel to England. While there, he signed on with the recording company, Lex. It was around this time that he began using the name Danger Mouse.

In 2003, Danger Mouse released one of his first professional albums, Ghetto Pop Life. Another famous musician, Jemini, was also featured on this album. He also produced an album of his own which he called Grey Album. His album took off because of its uniqueness. He mixed totally different songs from rock stars of old and rappers of new to create something original. There was hardly a thing like it before, and people were starting to talk because of it. However, not everyone loved his album or the remixes that he did, including the recording company, EMI. This company had produced The Beatles albums, which was one of the bands that he had remixed.

For the next couple of years, Danger Mouse focused on working with other musical artists. Some of the artists that he worked with in the early 2000’s included Gorillaz and Cee Lo Green. One of the most popular collaborations he worked on with the group Gnarls Barkley. He helped to produce their first album, St. Elsewhere. This album was a massive success, which encouraged Gnarls Barkley and Danger Mouse to continue working with each other as they continued to make albums.

As of the 2010’s, Danger Mouse continues to work as a music producer and occasional songwriter with various bands and music artists. Most recently, he has worked with bands and artists The Black Keys, Norah Jones, U2, Daniele Luppi, and the Broken Bells.

In 2011, Danger Mouse released several singles. He released “Two Against One” with Jack White, “Black” with Norah Jones, and “Problem Queen.” All of these singles were later featured on the album Rome. Danger Mouse’s most recent single, “Chase Me,” was released in 2017 as a part of the Baby Driver Soundtrack. Run the Jewels and Big Boy also collaborated on this song with Danger Mouse.

Over the course of Danger Mouse’s career as a producer and a musician, Danger Mouse has won over a dozen awards, including several Grammys. Some of his most impressive awards are listed below.