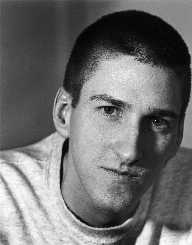 Oklahoma bomber Timothy McVeigh was born on the 23 April 1968 in Lockport, New York, to William and Mildred McVeigh. McVeigh Snr was a factory worker at a radiator plant. McVeigh had two sisters, Patty and Jennifer. When McVeigh was nine years old, his parents obtained a legal separation (1979). He stayed with his father in Pendleton, New York, and his mother and sisters went to live in Florida. His parents tried to reconcile and separated a few more times before finally divorcing in 1986.

McVeigh loved guns and used to do target practice with Edward McVeigh, his grandfather. As some stage, he sent for a novel by a former American Nazi Party member  William Pierce, written under the pen name Andrew McDonald. The book is about a gun enthusiast who bombs a federal government building in objection to restrictions placed on private firearms.

Timothy McVeigh graduated from Starpoint Central High School, Lockport, New York. He then enrolled in a business college but left without obtaining a qualification.

After dropping out of business college, Timothy McVeigh did various jobs including working at a fast-food restaurant. McVeigh then enlisted in the U.S. Army (1988), He did his basic training at Fort Benning, Georgia after which he was sent to the 1st Infantry Division in Fort Riley, Kansas, During the 1991 Persian Gulf War, he went into armed combat with his division. He was a crack shot and earned medals including the Bronze Star.

Returning to the United States, Timothy McVeigh found work as a security guard in Pendleton, New York. White Separatist Randy Weaver of Ruby Ridge, Idaho was raided by federal agents who accused him of selling an illegal sawn-off shotgun. In the ensuing mayhem, Weaver’s wife, son and a U.S. marshal were gunned down. McVeigh had strident anti-government feelings about this incident. McVeigh left New York state in 1993 and began travelling from state to state selling survival items and anti-government literature at gun shows around the country.

He visited Waco, Texas to protest in support of the Branch Davidians The 51-day siege which ended on the 10 April 1993 with many Branch Davidian members losing their lives. Then on the 10 April 1995, a truck bomb exploded at the Alfred P. Murrah Federal Building in Oklahoma City. The death toll was 168 people including 19 children killed, and hundreds of people were maimed and injured. A few days after the Oklahoma bombing, the police linked Timothy McVeigh to the attack and took him into custody on a charge of using a weapon of mass destruction.

Timothy McVeigh federal trial started on the 24 April 1997. On the 2 June 1997, the jury delivered a guilty verdict. On the 13 June 1997, the jury sentenced McVeigh to death. In 2000, the federal court rejected the plea McVeigh had put forward on the ground’s that his attorney had poorly performed during the trial. The U.S. Bureau of Prisons set McVeigh’s execution date for the 16 May 2001. There was a delay of just over a month due to a legal technicality involving disclosure of documents by the FBI, but this was quickly resolved. McVeigh was executed by injection on the 11 June 2011 at a prison in Terre Haute, Indiana.