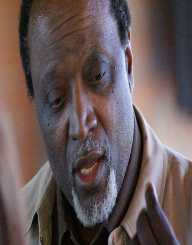 Alan Keyes has been known as a staunch conservative and political activist.  As a well-educated and outspoken African American, he is a political leader who strives to get his message out.

Alan Keyes was born on August 7, 1950, in Long Island, New York.  His family did not stay in one place long as they often transferred to different military bases both in the United States and abroad.

When it came time for Keyes to determine his future path, he opted to go into politics and not military as his brothers and father had.

Alan Keyes studied at Cornell University at the time of the Vietnam War.  It was a time of anti-war rallies and protests, but he had family members fighting there.  He didn't take part in any protests. It was when his life was threatened that he transferred to finish his studies at the Cornell University campus in Paris, France.  He finished his undergraduate degree in political philosophy there.

Alan Keyes graduated from Harvard University in 1979 with a doctorate in government affairs.  In 1987, he continued his education at the American Enterprise Institute.  There he did his post-doctoral work on foreign affairs and self-government.

Politics continued to be Keyes' direction after he graduated from college. He worked in the State Department in which he was assigned to India and Zimbabwe for diplomatic purposes. Alan Keyes served as Ronald Reagan's Assistant Secretary of State for International Organization Affairs.  Keyes also served as a member of the President's advisory council on National Security. In 1983, he was appointed Ambassador to the United Nations Economic and Social Council (ECOSOC).  Alan Keyes has been active after his representation as a diplomat.  He was president for two years of Citizens Against Government Waste, an advocacy group.  He had three unsuccessful races for the White House in 1996, 2000, and 2008.

Alan Keyes also ran for the U.S. Senate in 1988, 1992, and 2004.  It was after his 2008 attempt for the Presidency in April that he left the Republican Party to support the Constitution Party. When Alan Keyes did not gain a nomination through that party, he formed his party, America's Independent Party (AIP).

Alan Keyes is born and raised in the Catholic faith.  He has stood by his faith when it comes to his political platforms including pro-life and anti-homosexuality.

Alan Keyes met his wife, Jocelyn, while working in Mumbai, India.  Together they have three children.

Alan Keyes is often associated with controversy in politics.  One of his greatest opponents was Barack Obama.  In 2004, he was brought by the Illinois Republican Party to run for U.S. Senate against Obama.  A large margin defeated Alan Keyes.

When Obama ran for president in 2007, Keyes disputed that Obama's birth certificate was a forgery and never recognized him as the leader of his country.