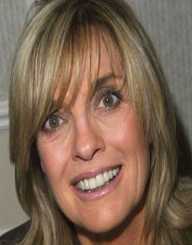 Linda Ann Gray is an American Actress, director and producer, and a model.

Linda Gray was born on September 12, 1940, in Santa Monica, California, USA. Her father Leslie was a watchmaker and a shop owner. Linda lived with her father in Culver City, California.

Linda Gray started working as a model in her earlier years in the 1960s. She began her career in Television commercials in 1963. She has appeared in more than 400 TV commercials. Linda featured in films such as Under the Yum Yum Tree and Palm Springs Weekend in 1963. In the 1970s, Linda appeared on guest roles on many TV events and later had a contract with Universal Studios in 1974.

Linda Gray came to limelight for her acting as Sue Ellen Ewing, in the CBS drama event Dallas (1978-89, 1991). In the early stages, she appeared as a guest actress in the first five events and on a regular basis from 1978 until the conclusion of the event in 1989. Gray received many accolades for her acting from The Biography Channel, The Boulevard Magazine.

Linda Gray was honored as Woman of the Year by Hollywood Radio and Television Society in 1982.

She started in 2004 appearing as a guest in a soap Bold and the Beautiful. Linda continued to appear in TV events and acted in many films In 2017, Linda accepted the roles in Hand of God of Amazon Studios. She has featured in 32 movies and 20 TV events.

Linda Gray married Ed Thrasher, art director and photographer for 21 years. They had two children by this marriage. Linda Gray took divorce from her husband in 1983. Gray had two grandsons, Ryder and Jack Sloane She is residing in California

She was visiting her best friend, Larry Hagman in the hospital when he was on his death bed. Larry Hagman died on 23 November 2012.