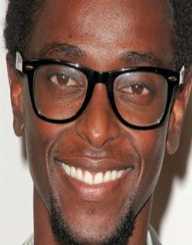 Born as Edi Mue Gathegi is a Kenyan American an actor. He is well known for portraying the character of Dr. Jeffrey Cole in the television event.

He was born as Edi Mue Gathegi on March 10, 1979, in Nairobi, Kenya. He grew up in Albany, California. While he was studying at the University of California, Santa Barbara, he showed an interest in basketball. He was depressed as he could not continue his basketball career due to an injury to his knee. He found acting as an alternative to his love for sports. Thus, he took up acting as a career.

Edi Gathegi joined the Graduate Acting Program at Tisch School of Arts of the New York University. He graduated in 2005.

Edi Gathegi started his career in the theatre at the Old Globe Theatre, As You Like It among others. Edi’s first debut professional part was the Haitian Cabbie in 2006 movie Crank. In 2007, he appeared as a guest star in two films. He featured as a star as Bodie in Death Sentence, Draudi in The Fifth Patient and Cheese in Gone Baby Gone.

Edi repeatedly featured as Mormon in the medical TV drama House. He further appeared as guest star in many series in 2008. He continued his acting in many events.

Edi Gathegi has 18 television roles to his credit. He is continuing in Start-Up from 2016 to date.

In 2018, He achieved Drama Desk Award; Nominated for Outstanding Featured Actor in a Play for his role in Jesus Hopped the ‘A’ Train.