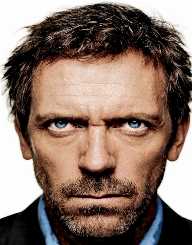 Hugh Laurie was born on June 11, 1959, in Oxford, England, United Kingdom. His parents are Patricia and William Laurie. He also has three older siblings.

As a youth, Hugh Laurie attended the Dragon School. Here, he claims to have been an unmotivated student who earned poor grades. He often spent his time smoking cigarettes and slacking off in class. Even though he did poorly with his studies, he excelled in sports, especially rowing. His skills in sports allowed him to transfer to the Eton School, where he finished his high school studies.

In 1978, Hugh Laurie enrolled in Selwyn College. Here, he continued to be more focused on rowing than on his studies. When Hugh Laurie was studying, he was majoring in anthropology and architecture, although he did not particularly care for either subject. One of the things that he did begin to care for was acting. It was while at Selwyn that he joined a drama club. While in the drama club, he met Stephen Fry, who he would go on to work on several projects with later in life. Hugh Laurie later graduated from college in 1981.

While in college, and afterward, Hugh Laurie and Fry began to write and act in comedy sketches together in the early 1980’s. Several of their sketches won awards in film festivals. Soon, the two began to appear as guest stars in comedy shows. One of the shows that he appeared on was Blackadder.

It was in 1987 that Hugh Laurie and Fry got a comedy show of their own called A Bit of Fry and Laurie. This comedy show ran for eight years. After this show, Laurie began working on more comedic television shows. Another project that the two worked on together, which aired in 1990, was called Jeeves and Wooster. This show ran until 1993.

It was in the mid-1990’s that Hugh Laurie began to branch out into movies. The movies he acted in did not have much in common as the shows he was in with Fry. Many of his early movies were serious and dramas. Some of his early films are listed below.

Being on House M.D. took up most of Laurie’s time, from the beginning of the series until the end (in 2012). However, he did take on some small acting roles in television shows and movies while he was on House M.D. He even made several voice acting appearances on Family Guy, in which he played Dr. House. Some of the other shows and movies he appeared in include Monsters vs. Aliens, The Oranges, Arthur Christmas, and Mr. Pip.

Hugh Laurie had been a fan of music ever since he was a child. He began playing musical instruments when he was in primary school. He continued to work on his musical talents throughout school and college. Once he began his acting career, he would often play music for television shows or movies.

Outside of television and movies, Laurie made several albums of his music. He performs blues and jazz above other types of music. He produced his albums in Europe. They are Let Them Talk and Didn’t it Rain.

Hugh Laurie has earned some awards, mostly for his acting. Some of his most impressive awards are listed below.

Golden Globe for Best Performance by an Actor in a Television Series - Drama (House M.D.)
Gold Derby Award for Best Lead Actor (House M.D.)
People’s Choice Award for Favorite TV Drama Actor
Laurie was made an Officer of the British Order in 2007.

Hugh Laurie married Jo Green in 1989. This couple is currently married and has three children together: Charles, Rebecca, and William.